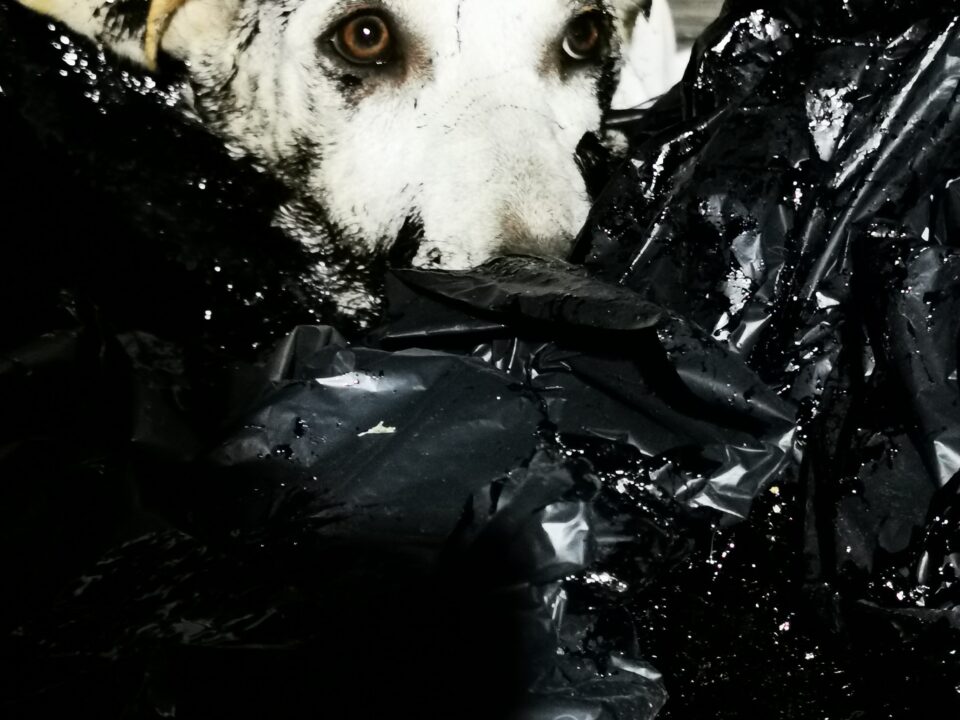 Paphos police on Monday launched an investigation after two small dogs were found covered in tar near the district’s municipal market.

The dogs were found stuck in the tar late on Sunday by a passerby, a vegetable farmer who along with his two children removed the dogs and put them on some municipal rubbish bags that he found near by. He then transferred them to the charity organisation Animal Rescue Cyprus in Paphos.

Seven volunteers and staff at the charity “worked for four solid hours… doing everything they could to save them,” Animal Rescue said.

The workers successfully removed all the tar from the dogs by 2am on Monday and gave them first aid.

Paphos municipality, which collaborates with the charity to support stray animals, condemned the incident.

According to their announcement, a barrel of tar had been thrown to the ground by unknown people and then the dogs got stuck in it as they were walking in the area.

“Such actions, especially if proven to be intentional, constitute a criminal act for which the perpetrators must be held accountable,” the municipality said.

Meanwhile, a Paphos police spokesman told the Cyprus Mail that no report was submitted to the authority regarding the incident, and no proof has emerged so far that this concerns a deliberate act of animal abuse.

“Some mindless people overturned the garbage bin, which contained tar, spilling it on the ground and then the dogs stepped in the puddle of tar,” officer Michalis Ioannou said.

Asked where the tar came from, Ioannou said that it might have been part of road construction works in the district.

He added that rubbish bins are often vandalised by hooligans, usually teenagers, who might overturn them or set them on fire.

Police are expected to assess CCTV material to determine the exact details of the incident and whether this was a malicious act, Ioannou said.

“The bottom line is that the dogs… are alive. If it was a mistake or a deliberate act, we will of course never know and we will not speculate on it,” Paphos-based Animal Rescue said.

The two dogs’ suffering, as well as the conditions of the rest 1,600 animals at the shelter, was unnecessary and could have been “easily avoided”, they added.

“We can understand there are people who don’t like animals, but to not respect them and harming them is a totally different story. Cruelty, abuse and neglect do not have a passport, they know no boundaries. They come from somewhere deep down inside the human nature, in that corner where light never shines and there is only darkness,” the charity’s announcement said.

The incident was condemned by The Animal Party, which thanked the volunteers and said they expect “immediate actions by the municipality of Paphos and the police”.

The party also questioned why the area with the tar was not marked “so that we did not mourn human victims” adding that ”anyone could have access, even children.”

8 eco-friendly alternatives for your everyday use