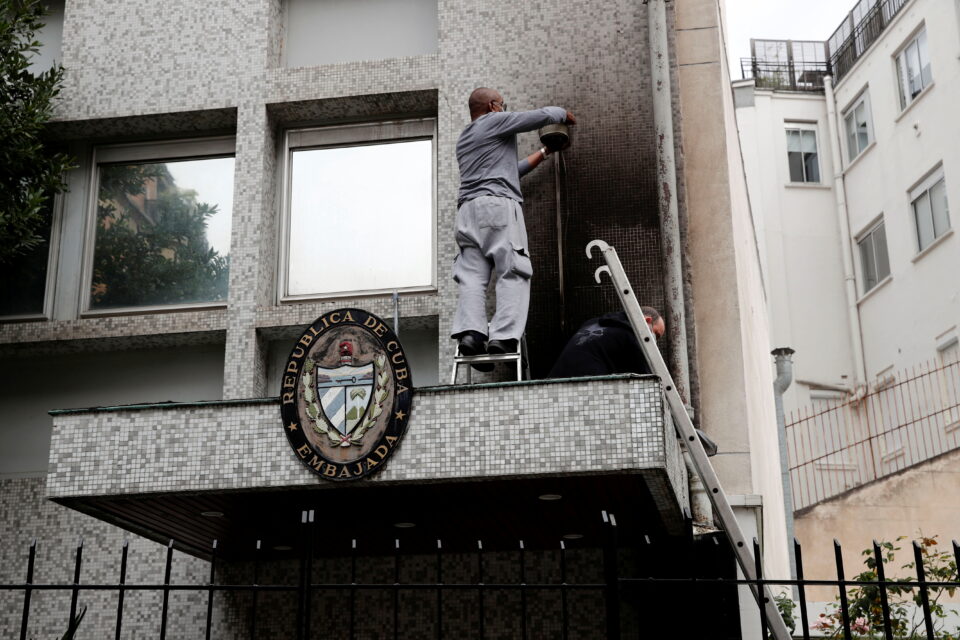 Experts inspect the damage at the Cuban embassy following an overnight petrol bomb attack on its building, in Paris, France July 27, 2021. REUTERS/Benoit Tessier

The Cuban Embassy in Paris said on Tuesday that its building had been attacked with petrol bombs, causing serious damage but no injuries to diplomatic staff.

The embassy published photos on its official Twitter account of damage to the building and condemned the attack. It did not say who it thought was responsible.

“Those directly responsible for these acts are those who incite violence and hatred against our country”, the Cuban Foreign ministry said on Twitter.

Cuba has been rocked by protests against a deep economic crisis, the government’s handling of the coronavirus pandemic and curbs on civil liberties, prompting the Communist-run country to restrict access to social media and messaging platforms.

The foreign ministers of the United States and 20 other countries on Monday condemned mass arrests in Cuba and called for full restoration of Internet access.

Coronavirus:  One in four aged 16-17 have received first jab