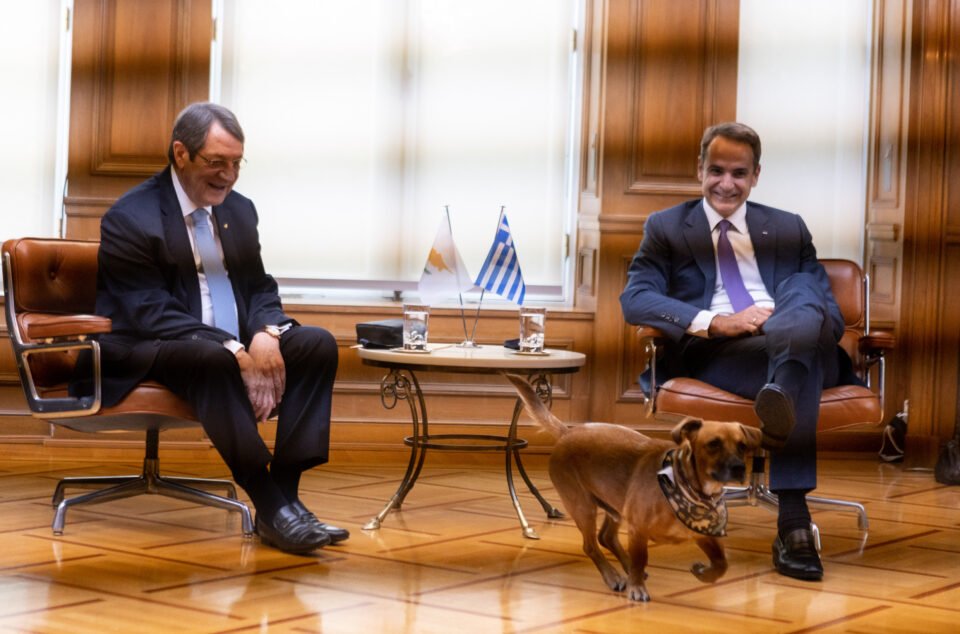 Greece and Cyprus are in “perfect coordination” regarding Turkey’s actions in Varosha, President Nicos Anastasiades and Greek Prime Minister Kyriacos Mitsotakis said after meeting in Athens on Tuesday evening.

Their post-meeting statements emphasised the importance of the announcements released in the past few days by the UN Security Council and the EU, both of which condemned Turkey’s actions after it was announced early last week that 3.5 per cent of the fenced off area of Varosha will be demilitarised and opened for resettlement.

International reactions to Turkey’s provocations reflect how condemnable they are, Mitsotakis said, as they violate Security Council resolutions but also undermine the resumption of discussions on the Cyprus issue.

He noted that Turkey’s actions have been, in the past few months, twice condemned by “the custodian of international legality,” the Security Council, with its most recent announcement reflecting the position of the international community, but also the P5’s, which was resoundingly clear.

Anastasiades said that this was achieved thanks to concentrated efforts on behalf of Cyprus and Greece, with international law as both their shield and weapon, “something Mr. Erdogan must finally accept”.

“And how did Turkey react? Not only did it reject this response, it attributed it to propaganda dealt by Greece and Cyprus,” Mitsotakis said.

The two leaders were meeting to discuss the issue of Varosha, reconfirming their willingness to create the appropriate conditions that will allow the UN Secretary General to reopen negotiations.

Anastasiades reiterated the Cypriot side’s determination to pick up from where Crans-Montana left off, saying it failed “because of Turkey’s intransigence. We seek to restart the dialogue, with UN resolutions as our common ground”.

The Greek Prime Minister reiterated Greece’s support for Cyprus and its opposition to Turkey’s desires of a two-state solution, adding that Turkey’s dogma reflects a heavily revisionist and aggressive logic.

Anastasiades said it is inconceivable for the Greek Cypriot side to accept the creation of an independent state fully controlled by Turkey, “within which their rights will not be recognised”.

The ultimate goal, he said, is to reach a sustainable and fruitful solution for all legal citizens of Cyprus, “which will allow us [Greek Cypriots] to coexist in peace with our [Turkish Cypriot] compatriots beyond guarantees and dependencies”.