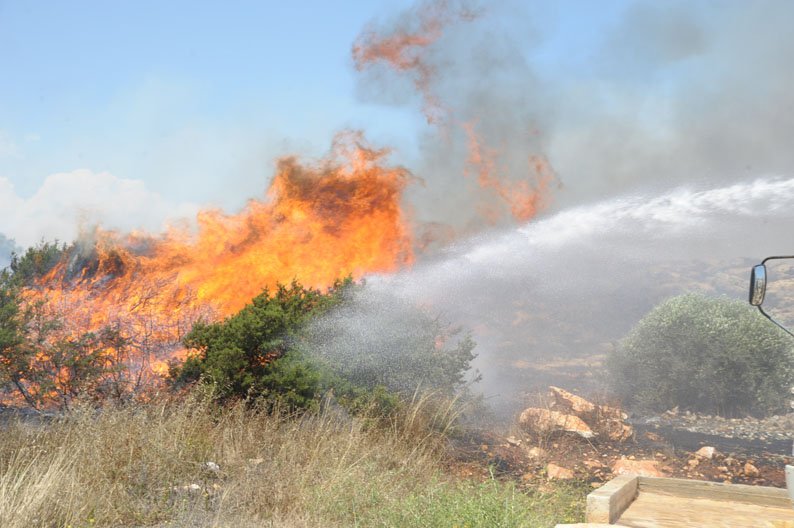 A 33-year-old man has been arrested on suspicion of starting a fire in Analiontas village on Wednesday that burned about two square kilometres of dry grass and wild vegetation.

Authorities were notified about the Nicosia-based fire near Kapedes around 12.15pm.

Efforts to extinguish the fire were also supported by three aircrafts and a police helicopter.

After the Analiontas fire was put out, authorities started investigations and found it had originated on a plot of land in Kapedes that belongs to the 33-year-old man.

Officers found a metal cutting machine and cut iron bars inside a small makeshift structure situated on the plot.

A police spokewoman told the Cyprus Mail early on Thursday that authorities suspect the fire might have started from the sparks from cutting the metal.

The man is investigated for causing a forest fire, illegal cannabis cultivation and drug possession.