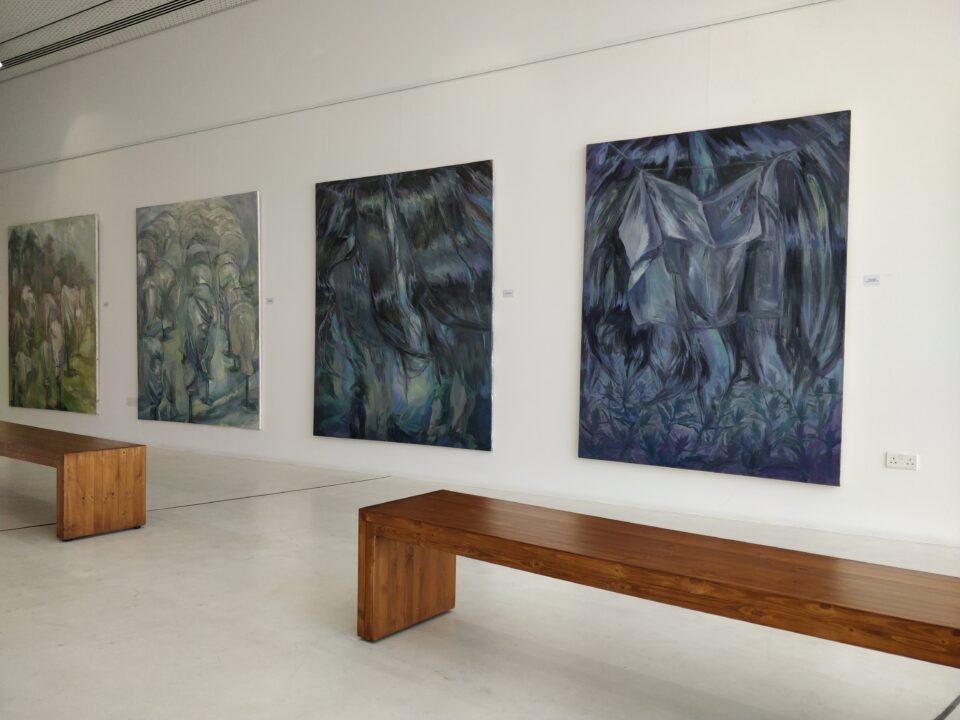 Artist Giannis Aristotelous has opened the doors to his new art exhibition at Paphos Municipal Gallery this summer. A Fine Art graduate with degrees from the Universities of Newcastle, Vienna and Kyoto, Aristotelous has received numerous awards for his art and held many exhibitions in Europe. Now, it is Cyprus that gets to host his creations.

Aristotelous’ painting practice attempts to dwell on the strongest human emotions using a narrative of intimate interactions between objects, human relationships, and living fluids all in relation to the body itself, giving voice to their intangible and unseen interactions. It focuses on the philosophical questioning of ephemerality and the power of the senses in perceiving situations and emotions that cannot be conceived with naked eyes. He works primarily with painting and uses installation and photography for his preparatory work, handling different situations with various mediums to better and fully exploit each sensation.

His current work includes a series of large-scale oil paintings that showcase intimate experiences of blurred vision within different environments and weather conditions. A demonstrative notion of the air in a vaporised or fluid manner and natural veils that blur the line between depiction and deformation through crying and light deformities.

“This study of mere visual experiences of the body within environments investigates various forms of representation,” says the artist, “consisting of the feeling of longing and intimacy of a yearning memory of a relationship between two people. This state of overwhelmingness may trigger an effect of uniformity through a ‘nauseous vision’, a state of mind where it might reach a pictorial uniformity to our vision – an intangible immaterialism. The idea behind this visual ‘uniformity’, the blending of the foreground and background explains the notion of crying as a means of seeing an environment through a veil of tears which eliminates depth.”