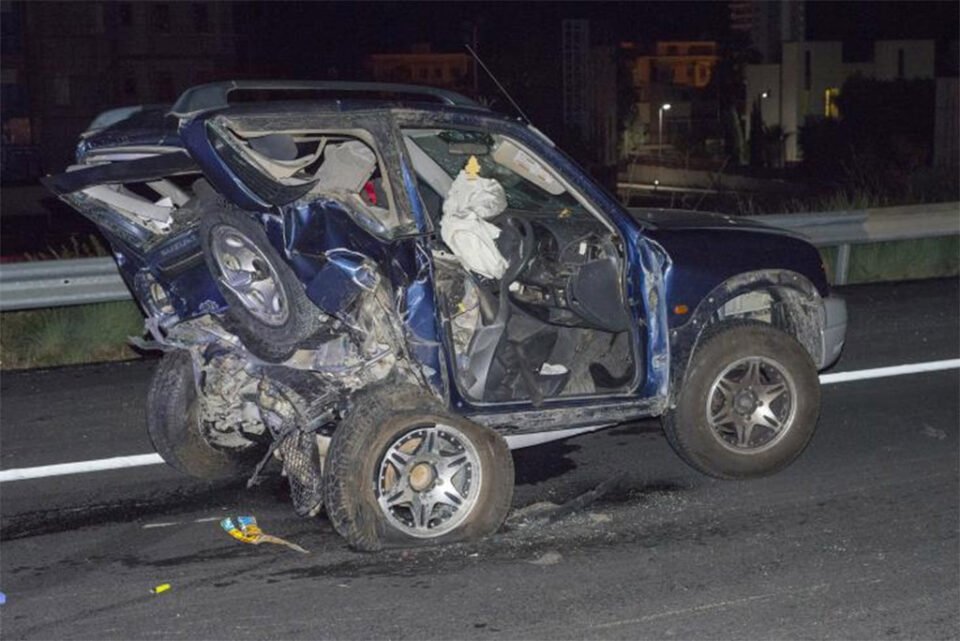 A 52-year-old man who caused the death of a 27-year-old man after slamming his car into that of the victim while intoxicated was sentenced to nine years in prison on Friday.

The sentence was announced by the Limassol Criminal court which found the defendant guilty of manslaughter in the death of Panayiotis Christophorou, 27, in November 2019 in Limassol.

Family and friends of the 27-year-old, who was a father of one, reacted strongly to the announcement of the sentence, finding it too lenient.

Christophorou was killed on the Limassol to Nicosia motorway, near the exit to Moutayiaka, after the then 50-year-old’s SUV slammed into the rear of his vehicle, compressing it to about half its original size.

It emerged the 50-year-old was intoxicated, had taken sleeping pills and was speeding. Tests showed he had 246mg of alcohol in his blood whereas the legal limit is 55mg.

The court had said last month when it announced the guilty verdict he had displayed “complete indifference” and “arrogance” to other traffic and especially to the victim.

Court had heard that on the night of the accident, November 27, 2019, the then 50-year-old, was transported drunk to his home by friends since he could not drive his vehicle. A little later, however, he left the house and got into another car and drove first on Amathus Avenue – where he failed to stop at a red light – and then on the Nicosia to Limassol highway, towards Limassol. His vehicle, driven at a speed of around 180 kilometres per hour, violently struck the back of Christophorou’s vehicle resulting in the instant death of the 27-year-old.

The court referred to the seriousness of the crime, pointing out that it is reflected not only on the penalty provided by law, but also by the sad fact that in recent years the loss of life from road accidents has reached alarming proportions.

The court also noted that road accidents have dangerously multiplied and become a social scourge, which makes the element of deterrence more intense in the choice of sentence, adding that it would be inconceivable not to have the active participation of justice in the daily fight against fatal road accidents.