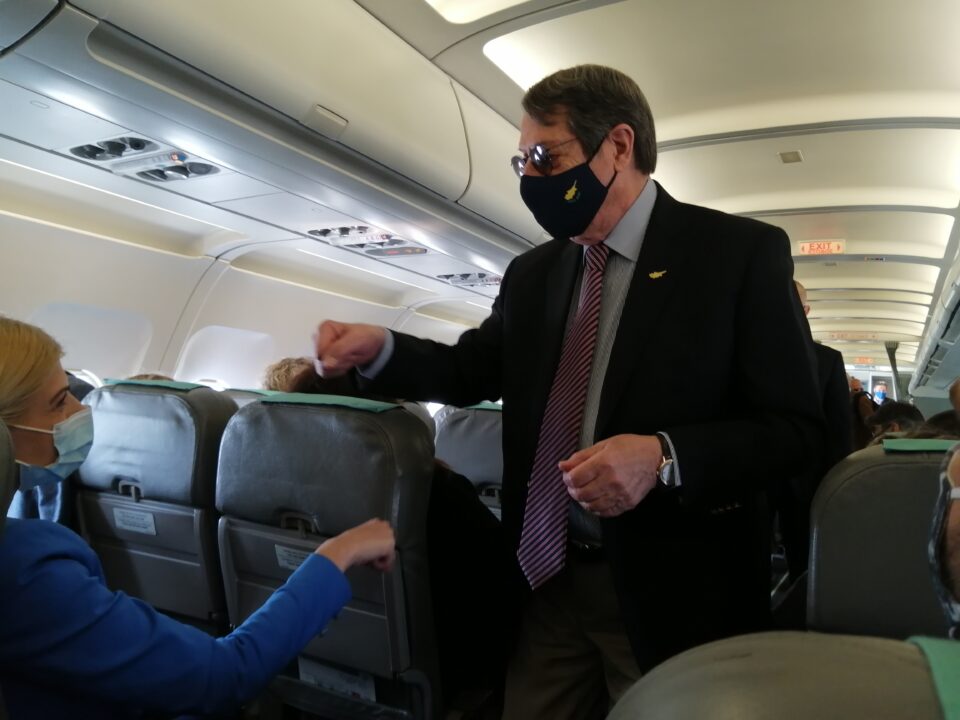 President Anastasiades, having lost control of the Cyprus problem process through his erratic decisions, has now resorted to the time-tested and reliable tactic of blaming the foreigners for what is happening. In an interview he gave to the Greek service of Euronews, he attacked our partners in the EU for putting their interests above the values and principles of the Union as well as Britain and the UNSG’s special representative Elizabeth Spehar for arguing that UN resolutions, regarding Turkey’s move on Varosha should not be too restrictive.

Blaming foreigners, for every perceived reversal in the Cyprus problem, was a very dear tactic of the Spyros Kyprianou, Tassos Papadopoulos and Demetris Christofias, who were cheered on by parties like Diko, Edek and Akel. Interestingly, the only blameworthy foreign forces were the countries of the West and the EU as a grouping, which often tried to help efforts for a deal in Cyprus. The Soviet Union and its satellites that never undertook any peace initiative, because the division the status quo caused in Nato suited them, were considered friendly countries.

Now that Anastasiades has found himself in a difficult spot, he has adopted the methods of his predecessors to appease the section of the public that is blaming him for paving the way for the loss of Varosha through his ill-concealed opposition to a federal settlement. This is the political immaturity that has plagued Cyprus for decades – politicians refusing to take any responsibility for their actions and conveniently playing the victims of pro-Turkish foreign forces whose sole objective, supposedly, is to cause harm to Greek Cypriots. This simplistic analysis has always been adopted by the media and the parties.

Was it the fault of the EU, Britain or the UN that Turkey opened the fenced-off area off Varosha? Only Anastasiades could have stopped the opening by agreeing to a deal in Crans-Montana, which would have ensured the return of the town to its inhabitants. Is the cause of the problem the fact that Britain wrote a lukewarm resolution or that the EU failed to take measures against Turkey? These are consequences of Anastasiades’ refusal to seize the opportunity for a solution when it was offered four years ago in Switzerland; of course he was blameless then as well, because he had Turkish intransigence to blame.

Did Anastasiades think Turkey would keep the fenced-off area of Varosha closed for another 50 years in the hope there would be a settlement so the heirs of the town’s inhabitants, who would all have passed away by then, would return to reclaim their properties? Who was responsible for this miscalculation? Britain, Spehar or the EU? When will we have a president who takes responsibility for his actions instead of pointing a finger at foreigners whenever he messes things up?

Coronavirus: Bishop’s trial kicks off in his absence