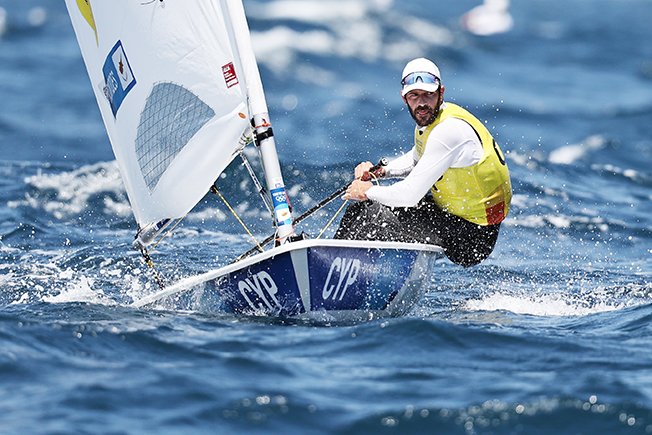 Friday’s action resulted in significant reshuffles in the medal standings, with Pavlos Kontides being out of contention for the first time and in fourth place

Pavlos Kontidis had a setback during the final day of sailing’s laser races at the Tokyo Olympics, falling to fourth place in the overall standings.

The Cypriot finished eighth in the first race of the day before struggling to 24th in Friday’s second race.

On Sunday, the London 2012 silver medallist will have to give his all in the medal race.

Friday’s action resulted in significant reshuffles in the standings, with Kontides out of a medal position for the first time.

Australia’s Matt Wearn is set to win the gold medal after establishing an unassailable lead ahead of Sunday’s medal race.

Wearn will be be awarded the gold should he simply finish or avoid disqualification. He has a 22-point lead after ten races.

It is set to be Australia’s third straight gold medal in the event, following the victories recorded by Tom Slingsby (2012) and Tom Burton (2016).

Wearn, who is making his Olympic debut, put himself in the gold medal position after he finished eighth and 12th respectively in Friday’s two races.

The medal race is worth double points, but his comfortable lead over the second-placed Tomasgaard means he cannot be overtaken in the overall points tally provided he finishes on Sunday.