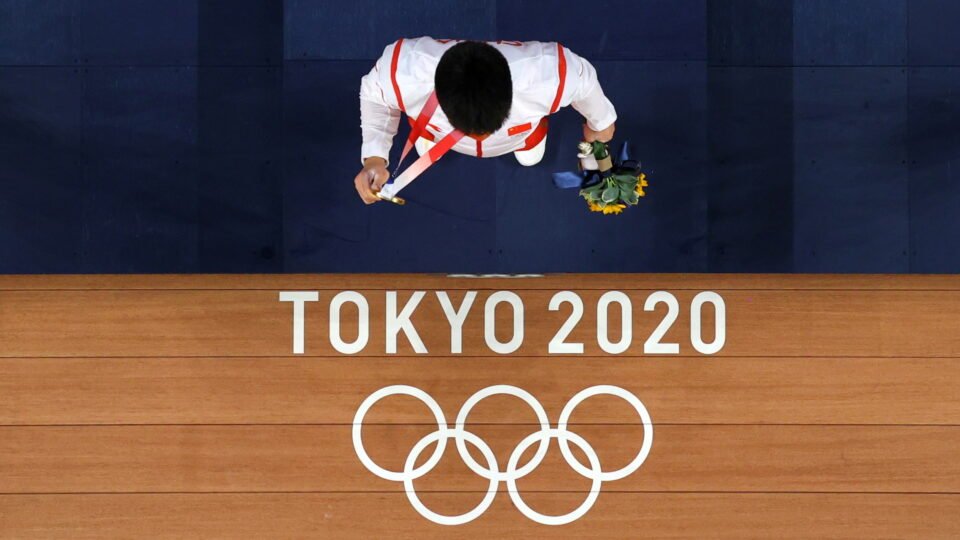 Broadcasters will not be taking home any gold medals for how many people have watched the Tokyo Olympic Games so far.

In several major markets around the world, the TV audience has fallen since 2016, as viewing becomes more fragmented and athletes compete in Japan when audiences are mostly asleep in the United States and Europe.

Ratings data from the opening ceremony and first few nights of events indicate that the Tokyo Games are currently the least watched Olympics in recent history across Europe and in the United States. However, TV viewership is up in Australia and Japan.

Comparisons with previous Olympic Games are imperfect given the different times zones, the COVID pandemic and fewer streaming options in past Games, but a downward trend is clear.

The opening ceremony last Friday drew 16.9 million U.S. TV viewers, the smallest audience for the event in the past 33 years, according to Nielsen data provided by NBCUniversal.

US TV viewership hit a high of 19.4 million on Sunday night but has been downhill since then, dropping to 15.7 million on Tuesday.

In a call with analysts on Thursday, Jeff Shell, the chief executive officer of NBCUniversal – which paid $7.65 billion to extend its U.S. broadcast rights for the Olympics through 2032 – attributed record-low ratings to several factors.

“We had a little bit of bad luck, there was a drumbeat of negativity, we got moved a year, no spectators,” Shell said. “And that has resulted in a little bit of linear ratings being probably less than we expected.”

As NBCUniversal and other media companies are trying to offer more of the Games at more hours and on more platforms and devices, viewers have had a harder time finding content they want to watch.

NBCUniversal is airing the Games across two broadcast networks, six cable networks, and multiple digital platforms including its Peacock streaming service. But that scope has led to confusion: It did not stream the opening ceremony on Peacock, for example. And while all of Peacock’s Olympics programming is available to stream for free, viewers need to pay for the $4.99 premium tier to watch men’s basketball live.

Viewership has also declined across Europe where – like the United States – the time zone in Japan presents a challenge for broadcasters. Over the first three days of the Games, 769,000 viewers tuned in on one of France’s three public TV channels, not including Discovery Inc-owned broadcaster Eurosport, according to data from audience measurement company Mediametrie.

The Olympics are being aired in Germany on two public channels – ARD and ZDF – as well as Eurosport. The opening ceremony attracted 2.07 million viewers on ZDF, according to ratings compiled by research firm GfK, a 73 per cent decline from the TV audience that watched the opener of the Beijing Olympics that aired at a similar time of day.

At least two major markets saw an uptick in opening ceremony viewers compared to previous Games. In Australia, where the Games are being broadcast on Seven Network’s Channel 7, sister channel 7mate and streaming service 7plus, 2.7 million viewers watched the opening ceremony nationally on Seven Network, the company said in a press release, up 20 per cent from the TV audience for the Rio opener. That audience declined on both Saturday and Sunday evenings, by 11 per  cent and 7 per cent, respectively, the Seven West Media-owned company said.

In the host country of Japan, where the majority of the public has opposed hosting the Games during the pandemic, the opening ceremony was watched by more than 70 million people and was the most watched event in the last 10 years, Yiannis Exarchos, CEO of Olympic Broadcasting Services, said on Monday.