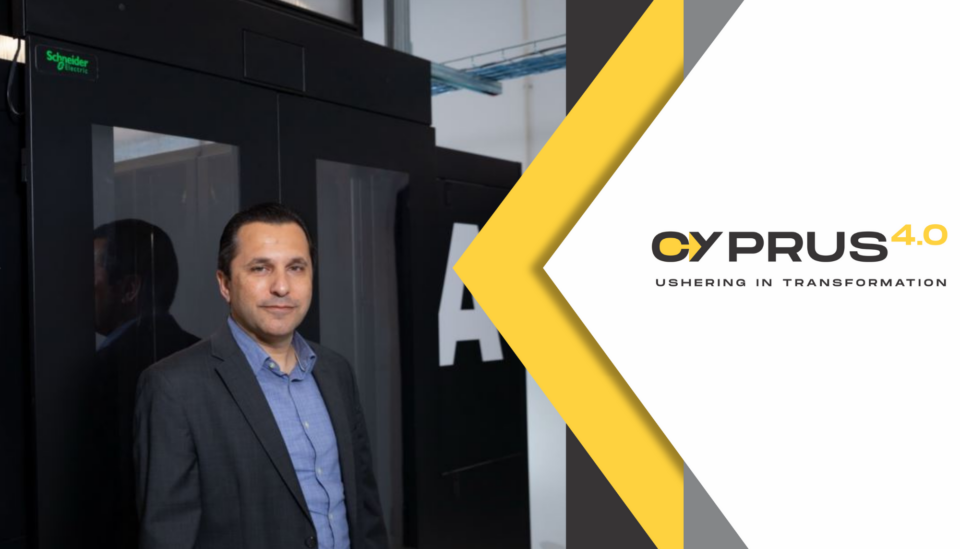 “For Cyprus to grow as a data centre destination, the government needs to provide incentives such as subsidy schemes for private investment (nothing exists today for data centres like for other ‘traditional’ industries) and engage into relevant marketing/promotion activities to target countries.

Michael A. Omerou founded Simplex Software & Internet Services (Simplex) in 2005 and holds the position of the company’s director

“Back in 2007 when we operated LIM1, it was difficult to even explain to people what a data centre is! Seeing more and more international businesses established in Cyprus, we could see that the requirement for data centre services, primarily colocation at the time, was coming. We took careful steps as we knew that due to high connectivity and electricity costs and non-favourable weather conditions, we would not be able to compete with major data centre operators from continental Europe and thus, our first data centre was relatively small compared to international standards but a good size for the Cyprus market. After a few years of operation, LIM1 was getting full so we decided to proceed with LCA1 but this time we took a bigger step: LCA1 is the largest and most advanced data centre that exists in Cyprus. Designed with efficiency, flexibility, scalability, reliability and security in mind,  LCA1 is strategically located just 5 minutes from Larnaca International Airport, 25 minutes from Nicosia and 40 minutes from Limassol. It is a single-tenant fully detached and fenced purposefully built facility. It meets the Uptime Institute’s Tier III Standard requirements while it also adopts some Tier IV enhancements like continuous cooling and compartmentalisation. Among others it features business continuity seats and serviced office space.”, Omerou explains.

“For an international client to choose Cyprus for data centre services, it means they have a reason to be in Cyprus, no matter what this is, otherwise they could choose a data centre in continental Europe or the US where cost would normally be lower. We must build upon Cyprus’ position, literally at the crossroads of Europe, Asia, Africa and the Middle East and take ad- vantage of the fragility of the Middle East and the unreliable telecoms and electricity infrastructure in neighbouring countries in order to at- tract data centre clients to Cyprus.”

“Data centres are of paramount importance, a major pillar into evolving Cyprus to a technology hub and diversifying our economy. Unfortunately, however, we do not see a coordinated and planned effort towards this but only random ad-hoc statements and little private initiative. For Cyprus to grow as a data centre destination, the government needs to provide incentives such as subsidy schemes for private investment (nothing exists today for data centres like for other ‘traditional’ industries) and engage into relevant marketing/promotion activities to target countries. As a country, we also need to invest in infrastructure that will im- prove our connectivity, minimising latency and lowering bandwidth cost, thus, eliminating our disadvantageous position as an island.

“We also need an independent, proper and decent Internet Exchange (IX) that will attract international content delivery networks (CDNs), content providers, social networks, international ISPs, hyperscalers and cloud providers to peer between them, with local ISPs and other organisations for exchange of traffic. The protectionism and inward-looking approach demonstrated all these years has not helped us at all as a country and it’s disappointing to see other small countries, much less developed than Cyprus, at- tract all these international players while we have not even bothered looking into this seriously.”

How will Simplex evolve as a company in the next five years?
“Although it still remains challenging to operate a data centre in Cyprus, we think there is potential. Edge and cloud computing, as well as emerging technologies like 5G and Internet of Things (IoT), will drive demand for data centre services globally in the next years and Cyprus, although a small market, will be no exception. Organisations from within Cyprus but also, from neighbouring countries, especially from the Middle East and North Africa, become more and more open to outsourcing and require a secure and re- liable environment for their systems that they can find in world-class data centres such as ours, ones which are in close proximity to them.

Similarly, regulators such as the Central Bank, the Cyprus Securities and Exchange Commission, the National Betting Authority and others impose infrastructure and security requirements to the corresponding regulated entities which they can satisfy in a cost-effective way by out-sourcing to local data centres that meet among others data sovereignty requirements.

“We also expect that the state will enforce similar requirements for other professions such as accountants and lawyers and even switching itself to an outsourced IT model as happens in other countries, thus elevating the demand further. Finally, the pandemic has changed the way we all work and operate forever, promoting teleworking and raising the importance of digital services: as the criticality of infrastructure increases, it makes sense to host it in data centres as on-premises infrastructure is not only expensive to build and run but cannot also offer the required reliability, security, flexibility and scalability.

“In the last year or so, we have seen Microsoft and Amazon announcing their plans to build data centres in Greece while major international players have acquired local Greek operators. We might not be a priority at the moment but eventually, I see these and other hyperscalers looking into our country.

“In conclusion, I believe that the data centre industry in Cyprus has substantial room for growth, which can be boosted even further with government-coordinated initiatives. Our company is very well-positioned and is ready to embrace all these opportunities.”