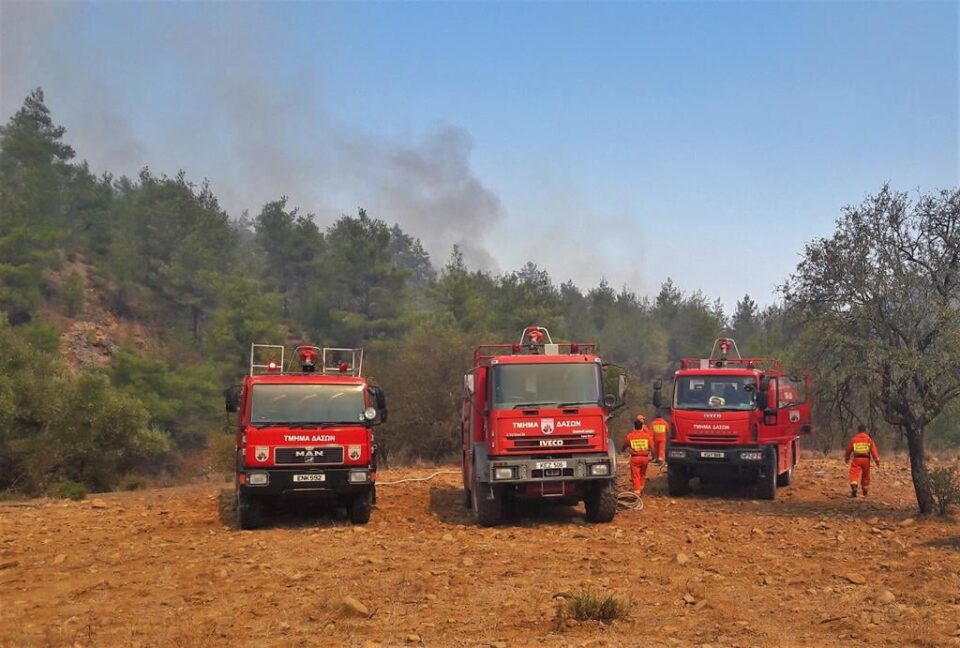 The preparedness of the Forestry department prevented a serious fire in difficult to reach terrain from developing into a serious incident on Saturday, director of the department Charalambos Alexandrou said on Sunday.

Speaking to the Cyprus News Agency, Alexandrou said the department is as prepared as it would be for a war as the danger for fires remains on red alert.

He said the aim of the department is to respond to the outbreak of a fire within 10 minutes.

In order to achieve this there are watch stations around the island in addition to patrols that operate in areas where there aren’t any, such as the Kakopetria valley and the forests of Paphos and Machairas.

Planes are always ready to go and on Saturday a serious and difficult incident in Kyperounda went almost unnoticed as it was responded to and put out so quickly as there was already a plane in the air, which was backed up by the immediate dispatch of five fire trucks.

“We are on the battlefield. It is no different from a war. We have our finger on the trigger,” he said.He said with a heatwave building on a hot and dry summer following a dry winter the area is “like gunpowder”.“If you do not react from the first minute with the maximum possible mobilisation, things will be extremely difficult,” Alexandrou added.

He made a further call to the public to not engage in any activity that could cause sparks or start a fire.