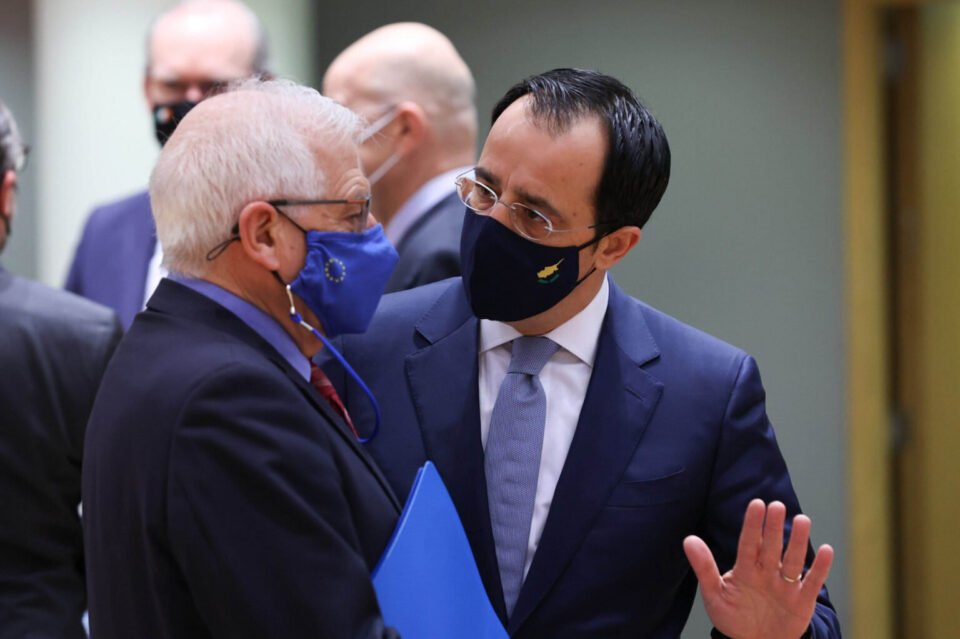 As we are just into the silly season, when I allow myself to comment on comments, I shall answer Nazaret Shamilian’s question last week about how much longer should people allow negotiations for a bizonal federation to bear fruit.

In his comment under my article last week he claimed that Cyprus is heading inexorably for partition as Turkish patience with Greek Cypriot dilatoriness has run out. My opposition to partition is that it is the other side of the Enosis coin which the Turks invaded Cyprus to forestall in 1974. I would be a hypocrite and a charlatan if I were to condemn one and approve the other.

Promoting partition is as illegal as promoting Enosis (union with Greece), and the fact that the Greek Cypriot side is slow to accept a bizonal federation provides no justification for Turkish demands for partition or its two-state euphemism now in vogue.

A bizonal federation does not mean the two communities are condemned to live together, but it does mean that having invaded Cyprus to prevent Enosis, Turkey is precluded from promoting partition because that totally undermines the 1960 treaty of guarantee, which is hugely important to Turkey. Having given up sovereignty to Britain in the treaty of Lausanne in 1923 she was allowed back into the picture in 1960 when she was accorded a say in ensuring Cyprus remained independent, which is perceived as geopolitically crucial by Turkey.

Nazaret Shamilian is a serious Cyprob pundit who believes I am naïve to advocate a bizonal federation. He knows Cyprus and her problem well and does not believe the two communities can govern Cyprus together under any system of government.

He means well, which is why he deserves a reply though he was a little unfair as I did briefly explain in my column last week why Greek Cypriots find it so difficult to agree a bizonal federation.

More analytically it is because the changes in demography necessary for a bizonal federation were created by a moment of madness and the use of force rather than political agreement.

Force was used on Greek communities that drove them south and attacks on Turkish communities drove them north and the Turkish push that divided Cyprus diagonally on August 14, 1974 created the dividing line.

What the Greek Cypriot political class find difficult to get their head round is how to legitimise a state of affairs borne of the use of force without losing too much face, power and land. Pragmatists like Nazaret Shamilian argue that rightly or wrongly what’s done is done and that in any case the two communities are better off living side by side rather than condemning them to work together.

I get that, but it is an oversimplification of the hurt people suffered as a result of loss of their homeland to expect them to abandon hope of return emotionally within arbitrary time limits. The attachment of a people to a land can take a very long time to weaken, let alone break. Look at the historical attachment to homeland by Palestinians and Jews alike and you get my drift.

What I was trying to say not very successfully was that it is better to massage changes into something new slowly and imaginatively than to cut the Gordian knot and rush people into partition without at least first trying out a bizonal federation. That’s what I meant when I said that the need for patience is axiomatic to enable Greek Cypriots to process a bizonal federation, to which Nazaret Shamilian and others took exception.

How long he asked. How long is a piece of string? As long as it takes. After all Turkish Cypriots suffered the same hurt too. They felt the same pain and sense of social dislocation having to leave their homes and communities in towns and villages in the south and head north. The difference is that in their case a bizonal federation was what their political leaders strove for even before the events of 1974 made it possible. But they lost hearth and home too and the wrenching experience is still felt by many among the older generation of Turkish Cypriots. Neither am I convinced that Turkish Cypriots are psychologically happy to break free from the emotional attachment they have for a common homeland with Greek Cypriots.

For the Greek Cypriot political leadership a bizonal federation is still a bitter pill to swallow even if therapeutic. They started off with the struggle for union with Greece and then accepted independence as a bicommunal state, and when that did not work for them they sidelined the Turkish Cypriots into enclaves and became a Greek Cypriot run state. Then in a moment of madness they lost thirty seven per cent of the territory of Cyprus and felt bitterness and resentment ever since.

The healing process takes time, patience and pastures new. The effect of Cyprus’ joining the EU on the attitude problem the Greek Cypriot political class have about sharing power with Turkish Cypriots is bound to wane with time. As the Cyprus foreign minister is seen prancing about in the corridors of power in Europe and rubbing shoulders with the mighty Germans and grandiose French on an equal footing despite Cyprus’ tiny size and population, in time political equality will be seen not as a concession but as a mechanism to preserve and strengthen the unity of any bizonal federation in Cyprus.

As Nazaret Shamilian knows, the word the Turks and Greeks have in common is stubbornness. With a little less inat/yinati we could have a settlement in no time.