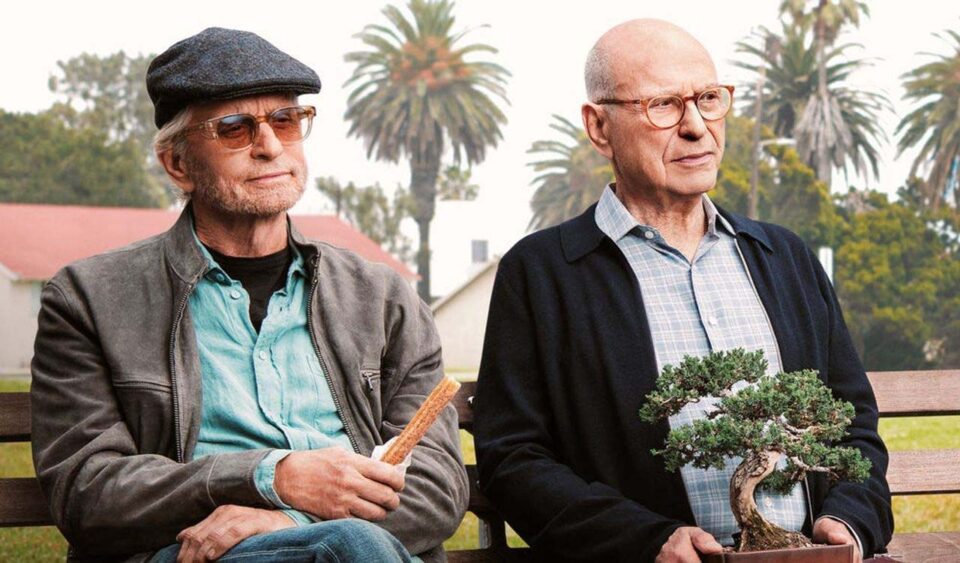 The Kominsky Method is a beautifully crafted American comedy-drama with a star studded cast.

Michael Douglas successfully takes on the lead character Sandy Kominsky, a once albeit briefly famous actor now working as an acting coach and his longtime agent and friend Norman Newlander, brilliantly played by Alan Arkin.

The ups and downs of life’s natural ageing process are often the subject of quick witted, quip filled and at times poignant conversations between the two leads, often set against the backdrop of Los Angeles, a place and an industry which revere youth and beauty.

Both Sandy and Norman are terribly flawed egocentric characters but hugely lovable at the same time. Most of my favourite scenes are between the two – they portray a wonderful bond of friendship, delivering great lines and a smattering of gentle banter.

The series is rather a ‘dark’ offering from Chuck Lorre (Grace Under Fire, Cybill, Two and a Half Men, The Big Bang Theory) and probably wouldn’t appeal to a younger audience, as the crotchety pair often poke fun at ‘the youth’ and are slightly non PC. Sandy thinks all of his students are idiots, with the exception of a mature student, Lisa (Nancy Travis), who he wants to have a relationship with.

Death, loss, sex, ego, love, family, friendship, illness and death are all examined from the position of the two long time pals.

Some of the other characters in this popular Netflix show are not so ‘fleshed out’, Norman’s daughter Phoebe (Lisa Edelstein) for example, just misses the mark, as does Sarah Baker as Mindy, Sandy’s daughter who runs his acting studio with him.

Overall though, this is a great offering with some golden moments, laugh out loud quick humour and generally top notch acting.

The third and final season premiered in May 28, and without giving the plot away too much, the story “takes a turn,” which involves the death of one of the main characters.