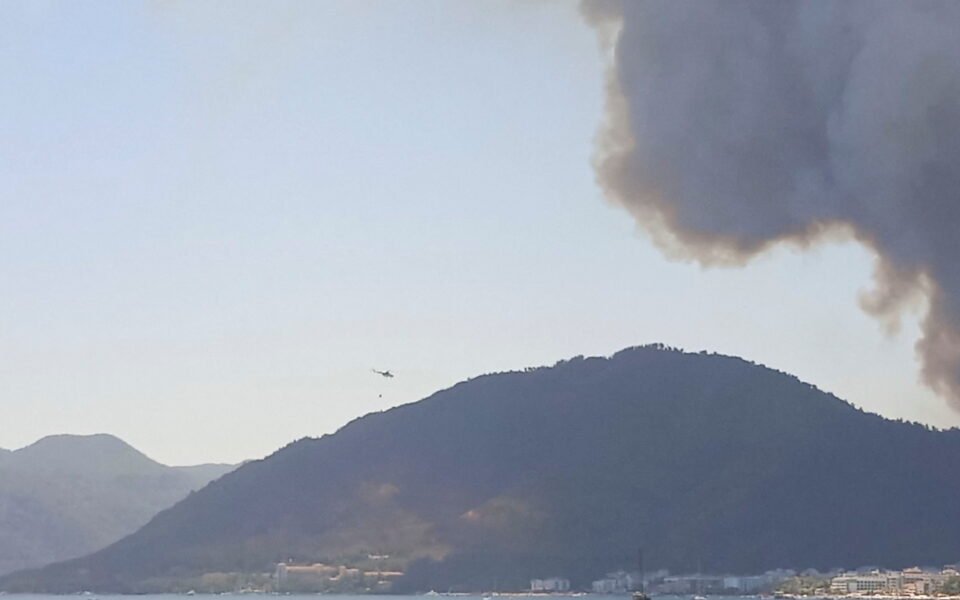 Flames that threatened a coal-fired power station in Turkey’s fire-ravaged southwest have been extinguished, local authorities said on Thursday after workers and residents were evacuated overnight by ship when fire broke out in the plant’s grounds.

Firefighters continued to battle blazes which President Tayyip Erdogan has described as the worst Turkey has suffered, devastating tens of thousands of hectares of forest and forcing thousands of Turks and tourists to flee.

Eight people have died since the fires first broke out last week and environmentalists had warned of fresh danger as the flames encroached on the power plant.

“The fire in thermal power plant yard has been put out. There were no explosions in the plant and no chemicals were spread,” the western coastal municipality of Mugla said in a statement.

Erdogan’s communications director, Fahrettin Altun, said earlier that the blaze had not damaged the main units of the Kemerkoy power plant.

Plumes of smoke rose above the trees and helicopters poured water over areas near the plant.

More than 150 fires have broken out in the last nine days across southwestern Turkey, fanned by high temperatures and strong, dry winds which have also spread wildfires in other Mediterranean countries.

In Greece, authorities ordered evacuations on an island near Athens and battled a blaze near the site of the ancient Olympic Games in the western Peloponnese as wildfires raged for a third day.