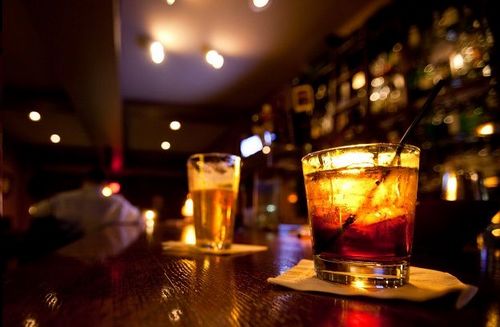 Four per cent of the adult population in Cyprus consumes alcohol daily – half the EU27 average — while 29 per cent never consumed or had not consumed any in the last 12 months, according to figures for 2019 published by Eurostat on Friday.

Women were particularly likely not to drink, with Cyprus recording the largest gender gap among those who never drink in the EU27 (12.8 per cent men vs. 44.2 cent women).

According to Eurostat, in 2019, 8.4 per cent of the EU adult population consumed alcohol daily, 28.8 per cent weekly, 22.8 per cent monthly and 26.2 per cent never consumed or hadn’t consumed any in the last 12 months.

Daily alcohol intake was the most frequent in Portugal, with a fifth (20.7 per cent) of the population consuming alcohol every day, followed by Spain (13.0 per cent) and Italy (12.1 per cent). In contrast, the lowest share was around 1.0 per cent in Latvia and Lithuania.

In the Netherlands, almost half of the population (47.3 per cent) consumed alcohol on a weekly basis, closely followed by Luxembourg (43.1 per cent) and Belgium (40.8 per cent). Monthly consumption in the EU was the highest in Lithuania with 31.3 per cent, Latvia (31.1 per cent) and Cyprus (30.4 per cent).

Among the EU Member States, Croatia reported the highest share of the population (38.3 per cent) who never consumed alcohol or had not consumed any in the last 12 months.

In all the European countries, women accounted for a significantly higher share of individuals that never consumed alcohol or had not consumed any in the last 12 months. The largest gender gap was found in Cyprus (12.8 per cent men vs. 44.2 per cent women), Bulgaria (16.2 per cent vs. 42.0 per cent) and Italy (21.5 per cent vs. 46.7 per cent).

Heavy episodic drinking is defined as ingesting the equivalent of more than 60g of pure ethanol on a single occasion. Among the EU Member States, between 4 per cent (Cyprus and Italy) and 38 per cent (Denmark) of adults reported taking part in heavy drinking episodes at least once a month. Among these, the majority did so every month, while a smaller proportion (between 3 to 19 times smaller) engaged in the behaviour at least once a week.

Our View: Too much to expect political parties to act responsibly

Air traffic comes back strongly in July; Ryanair tops out