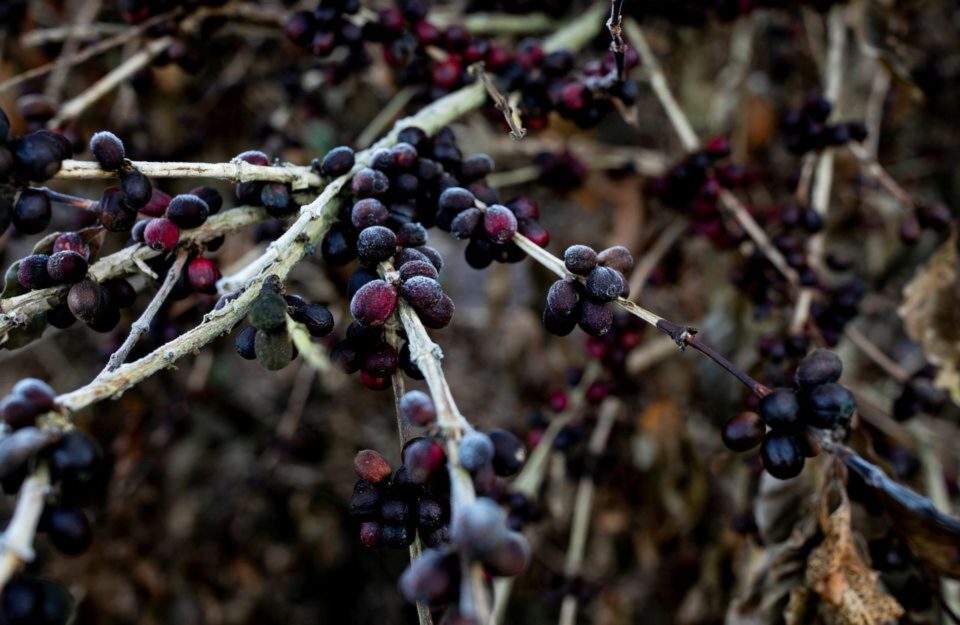 The most devastating frost in decades in top coffee producer Brazil and record freight costs sparked by Covid-19 causing massive shipping logjams are expected to push retail prices to multi-year highs in the coming weeks.

A hike in coffee prices will further raise the cost of a basket of shopping following increases for other items such as bread, vegetable oils and sugar. The United Nations food agency’s index of world food prices for July showed a year-on-year rise of 31 per cent at a time when many consumers are struggling financially due to the pandemic.

The worst cold snap in Brazil since 1994 sent the price of green coffee beans to the highest level in almost seven years and is expected to pass through to consumers when they purchase roasted beans or ground coffee in supermarkets. read more

Arabica coffee on the ICE Futures U.S. exchange has doubled in price over the last 12 months with crops in Brazil already wilting after the worst dry spell in 91 years.

The extent of the damage is still being assessed but in areas where coffee trees have not survived it may take up to seven years for production to fully recover.

Shipping disruptions, caused partly by a surge in demand for consumer goods and not enough ships as people stayed home due to the global coronavirus pandemic, has also led to a sharp rise in the cost of transporting beans to major consuming countries in North America and Europe.

Traders believe while consumers will soon have to pay more to purchase coffee from supermarkets, the cost of a latte or Americano at high street coffee chains may not follow suit in the short term.

“Roast and ground (coffee in supermarkets) has only coffee and a bit of packaging. Your coffee at Starbucks might not go up (as much) cause you pay more for the shop, the wifi, the experience,” he added.

Data issued by the U.S. Bureau of Labor Statistics show average ground coffee prices rose to a peak of $4.75 per lb in April, up 8.1 per cent from a year earlier and the highest level since July 2015, as drought took an initial toll on Brazil’s crops.

The rise in arabica coffee prices on the ICE Futures U.S. exchange accelerated rapidly, however, after the recent frost and retail prices appear certain to increase in response.

In Brazil, the world’s number two consuming nation after the United States, roast and ground coffee prices increased 3.4% in June, according to statistics office IBGE.

They are set to rise further. After the July frosts, Brazil’s coffee industry group Abic told roasters to analyse their costs and adjust prices accordingly, to preserve the sustainability of their businesses.

Abic estimates that green coffee prices for roasters in Brazil increased around 80 per cent from December to late July.

“Some companies, including market leaders, have already announced price increases,” Abic said in a letter to associated roasters seen by Reuters.

JDE Peet’s, whose brands include Douwe Egberts, Kenco and Peet’s, noted that there had been a sharp rise in ingredient, freight and other costs in the last 12 months.

“Historically, significant fluctuations in green coffee prices have been reflected in the market (retail prices) and we expect that precedent to continue,” the company said.

The rise in transport costs, linked to a shortage of shipping containers, could play a major role in driving up prices. Coffee is normally shipped in containers, in contrast to commodities such as grains which are transported in bulk carriers.

Many coffee companies find it easier to withstand a rise in the cost of beans, at least in the short term, than increasing shipping costs as they often fix the price of their purchases several months in advance.

“We have hedging here in place for a good percentage of our coffee needs for the rest of this year and even for part of next year so I’m not short-term worried about that,” Nestle Chief Executive Mark Schneider said during a recent conference call, adding this was not the case with transportation costs.

Carlos Santana, coffee head trader for Eisa Interagricola, a unit of ECOM Trading, said it was very challenging to ship coffee, particularly in the Americas.

“It is almost not economical to use this route right now. The ports in the US are full, shipping companies do not want to take more cargoes to there, so they charge more. Prices are more than three times higher than they were before the pandemic,” he said.

Thiago Cazarini, a coffee broker in Brazil’s Minas Gerais state, said that even paying up the much higher prices to secure a container, exporters are having problems trying to load them into the ships.

He said the problem is widespread, impacting all players.

“Brazil is such a mess logistically right now. I have coffees that were supposed to arrive two months ago and I haven’t got them yet,” one US coffee importer said.

Julian Thomas, managing director of Maersk Brazil (MAERSKb.CO), part of the world’s biggest container shipping line, said the “current bottlenecks from measures to contain the pandemic and a strong demand are also impacting supply chains in and out of Brazil.”

“We are still servicing our customers and can attend to their growing demand,” he told Reuters.

German container shipper Hapag Lloyd (HLAG.DE) added that there were delays for shipping goods, “but not only coffee”.

Brazil accounts for an estimated 30 per cent of global exports and its peak shipment season has already kicked off.