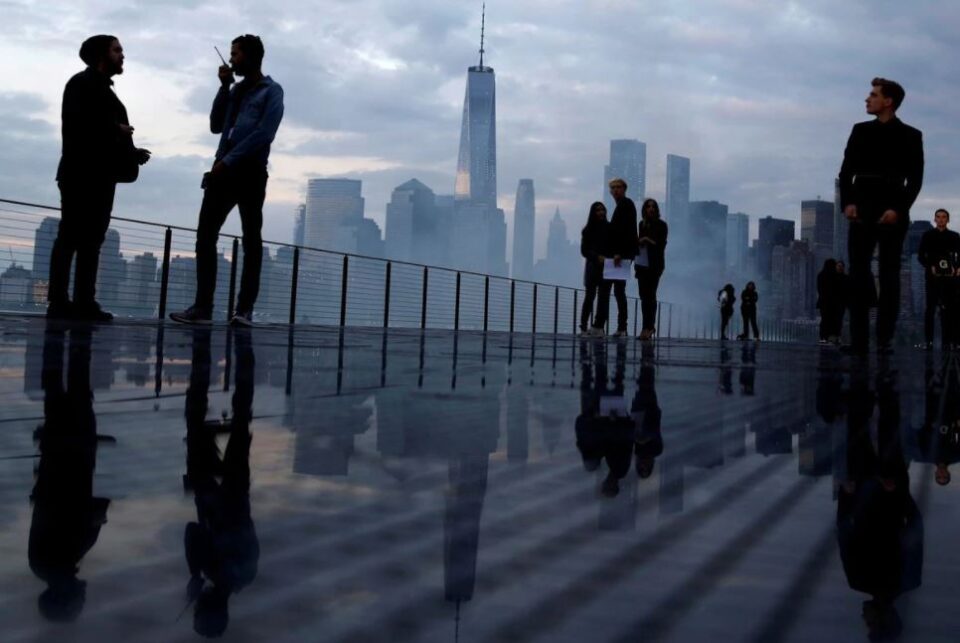 Before COVID-19, Thru Shivakumar, co-founder and CEO of Cohesion, was already working on apps to convert office buildings into smart spaces, powered by technology that enables interaction with tenants through phones and computers.

Since the pandemic began, however, she is learning that the smart buildings of the future are going to look different from the ones she was planning prior to 2020.

Chicago-based Cohesion, which works with companies worldwide to create software for “intelligent” buildings, sees an increase in the number of people who would use a building smartphone app to track cleanliness, air quality and building security. Pre-pandemic, employees were more interested in amenities, such as restaurants and gyms.

Shivakumar, 39, talked to Reuters about the workplace of the future. Edited excerpts are below.

How will offices change as they reopen?

After every crisis, the pendulum doesn’t swing too far from the center. I don’t think that offices are gone and remote work is here to stay for good, but people will want more flexibility, more communication and more transparency. A smart building app is no longer nice to have. It’s a must-have.

What do employees want when they return to the office?

Our research shows that over 60% of people have said they want to come back full-time. When employees return, their new priorities are health, wellness and security. People want outdoor spaces to get fresh air.

We also know that people want to interact less with the office staff and have more ability to do their own thing – maybe they want to have an in-app key card, so you don’t have to take out a physical key card to enter.

They don’t want to touch elevator buttons. They would like touchless controls or an application-driven elevator that knows where you’re going.

Smart bathrooms where they can touch fewer things and surfaces are important, too. So is the ability to see what kind of air they are breathing.

We’ve also heard that people don’t want to be inundated with all this information, but they want to know it’s there when they want to go see it.

What is the best job advice you’ve gotten?

In my 20s, I did so many mundane projects, but because I always delivered, I got a seat at the table. I never said I couldn’t get it done because I needed sleep. I just delivered.

As you progress through your career, you’re not the individual contributor any more. You’ve got to make sure that your team delivers. Stay communicative and never think that anything is beneath you to do. There’s a lot of administrative work even in my job now. I never say it’s not my job to do it.

Have you developed any interesting work habits since the pandemic began?

Since I was in the office, I never got to cook in the middle of the day, but now I’m doing a lot of instapot cooking – a lot of cutting vegetables and dumping things in a pot, and I can still take a call with my AirPods while I’m doing it.

Because we’re on video calls all day, my staff has seen me cooking an omelet in the morning.

You won a 200-person charity poker tournament in 2007 – what did you learn from that?

It was a tournament to benefit sarcoma research in Chicago. I was one of the few females in it, and the only female at the final table.

It was a fun experience. There was so much going on, and I could get distracted, but I had to have this sustained focus.

Early on, I played some hands that some people wouldn’t have – I took some risks and, in the end, it was me against a professional poker player, and they said both of us won. My takeaway was that to be an entrepreneur you really have to be a risk-taker.