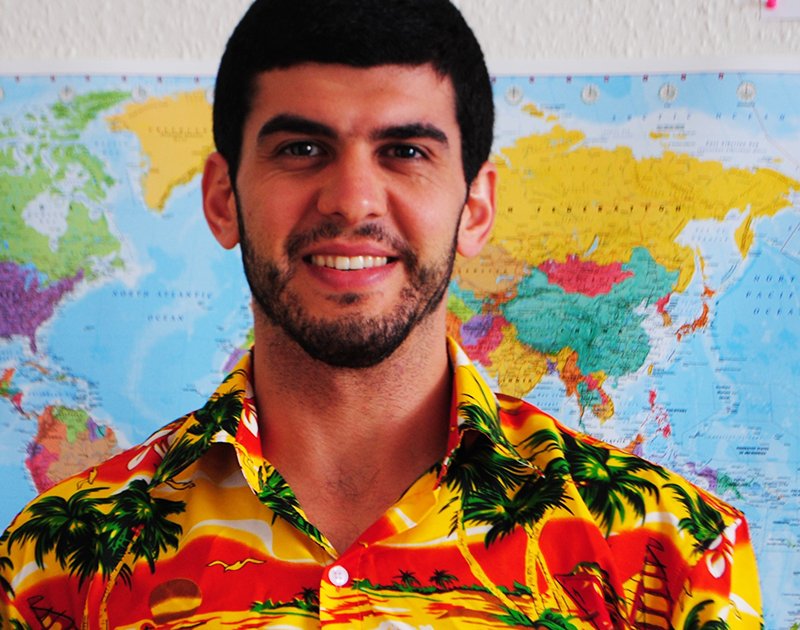 Where do you live?
I live with my two parrots, in a two-bedroom flat near the city centre of Nicosia.

What did you have for breakfast?
I usually have oats and milk with honey and some nuts, but I’m out of milk so I had watermelon and toasted bread with honey.

Describe your perfect day
A perfect day is one with deep and meaningful connections with others. Oh, and a cup of coffee.

Best book ever read?
It was Letters to a Young Poet. It’s a small book, but it had a huge impact on my perspective of life.

Best childhood memory?
Standing bare feet on the grass one summer morning, around the age of 5. I remember wiggling my toes in it and feeling ticklish.

What is always in your fridge?
Yesterday’s dinner and milk… Well unless I run out of it. I’m not very proactive.

What music are you listening to in the car at the moment?
I listen to the radio. If I don’t like the music, I turn it off and start singing loudly.

What’s your spirit animal?
I would say an emperor penguin. It is everything I would like to be. Because, well, they are everything I see myself becoming. They can swim fast but they are not fish, they are active caregivers to their young ones, and they always look like they are wearing a suit.

If you could pick anyone at all (alive or dead) to go out for the evening with, who would it be?
It would probably be a famous scientist from the physics or engineering department. Maybe Nicola Tesla in his younger years. He was undoubtedly a genius that gave a lot to humanity and I would love to buy him a drink for that.

If you could time travel when/where would you go?
I would be very curious about the future of humanity. I would travel 500 years in the future to witness humanity wherever or however it could exist. I think that history makes us wise but foresight makes us wiser.

What is your greatest fear?
To be the last human on earth.

Name the one thing that would stop you dating someone
I would not date someone who did not care about doing good in the world, and helping others for sake of it. Or… If they had better humour than me.

If the world is ending in 24 hours what would you do?
I would go about my day for 12 hours, but I would do it naked. I would also probably cycle a little bit, go to the beach for a last swim and have a whole cake to myself. Then I would spend the next 12 hours with my family and loved ones hugging them and telling them that I love them, assuming they did not run off doing something else.

Paphos tavern without a licence closed