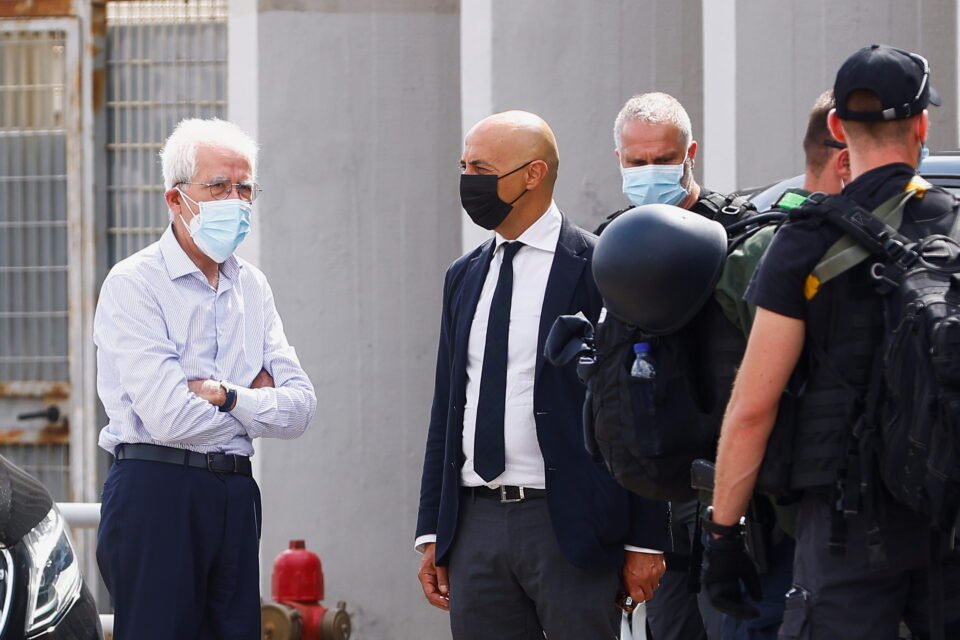 A first plane carrying Italian diplomats and their Afghan assistants arrived in Rome from Kabul on Monday as Prime Minister Mario Draghi vowed all Afghan citizens who assisted Italy’s mission in the country would be protected.

Around 70 people were aboard the KC767 military aircraft that flew into Rome as part of a massive international airlift underway after the Taliban swept into the Afghan capital.

Draghi said in a statement that Rome was working with its European partners to find a solution to the crisis in Afghanistan which would protect human rights, particularly those of women.

“Italy’s commitment is to protect the Afghan citizens who helped us in our mission,” he said.

The Italian ambassador to Kabul was on the flight along with roughly 20 Afghan citizens.

One of them was Alif Uriake (phonetic spelling), a doctor, who called the situation he had fled in his country “a total disaster.”

“We have left thousands of people and families who risk their lives. … I launch an appeal to all the community that these people we have left in Kabul are saved,” he told reporters at Rome’s Fiumicino airport.

Domenico Frontoni, who works as a logistics advisor at an Italian agency for overseas cooperation, said he hoped to reunite soon with his former colleagues in Afghanistan.

“Awful, it is just awful,” he said. “Those of us in Afghanistan shared part of our lives (with the locals) and that remains in our hearts,” he said.

Thousands of civilians desperate to leave Afghanistan thronged Kabul airport on Monday and five people were killed in the chaos.

The Italian foreign ministry has said it is planning other such flights, but has not given any details.

“It’s a desperate situation. … We saw the fear in the faces of our colleagues, they were afraid they will be persecuted and badly treated or even, in the worst case, killed,” said Pietro Del Sette, who also works at the Italian overseas cooperation agency.