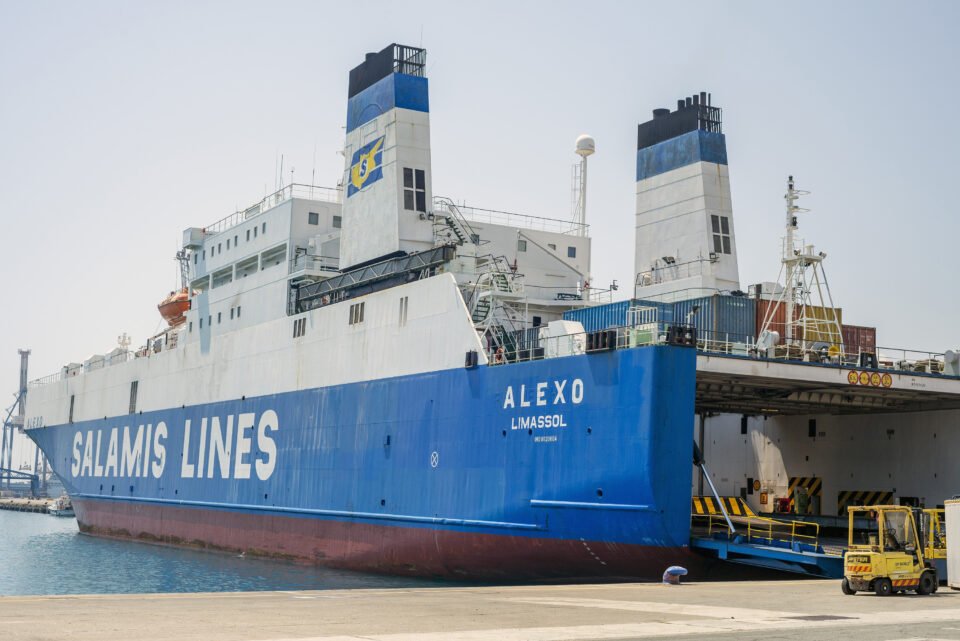 Aid being loaded on to a Salamis ship on Friday (CNA)

Twelve tonnes of food, water and other basic goods are on their way to the victims of Greece’s devastating fires after an islandwide collection spearheaded by the Cyprus Ports Authority last week.

They were collected between August 9 and 13 and shipped on Friday, he added and thanked all those who had contributed.

He also thanked port authority personnel, the public and organised groups for their help. Special thanks went to ACS Courier who undertook sending and delivering the items to Greece free of charge, as well as the companies Salamis Shipping, DP World and Blue Ice Navigation.

Talking about spaces of reconciliation