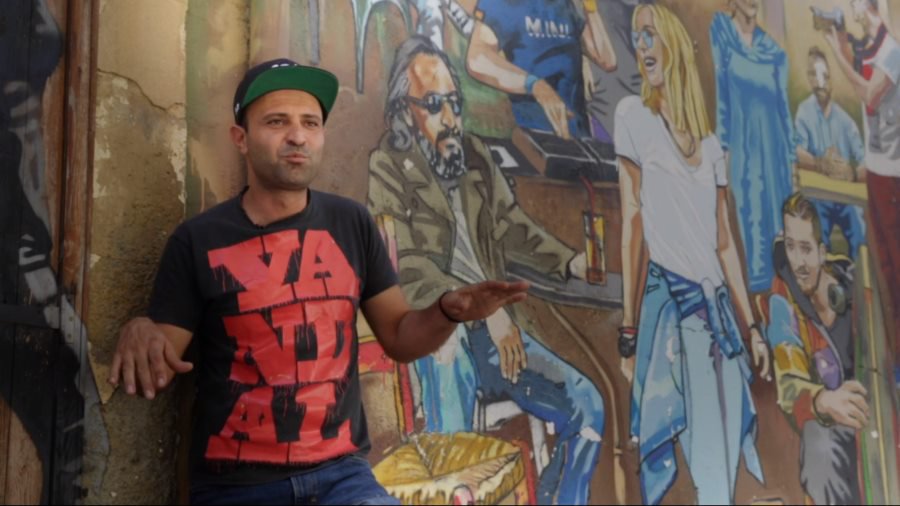 The documentary film Spaces of Reconciliation: Youth Interaction through Art in the City, by Mete Hatay of PRIO Cyprus Centre and independent director Orhan Eskiköy, follows Cypriot artists as they negotiate space within a divided city and find spaces for interaction and cooperation. An upcoming screening and discussion on September 1 seek new and alternative ways to reconcile.

“For 29 years,” say the organisers, “Cypriots were unable to cross the ceasefire line that divides their island. While for many Cypriots this lack of mobility began in 1974, the capital of Nicosia has been divided even longer, since intercommunal conflict first exploded in 1956. With the opening of the first checkpoints in 2003, there were immediate hopes of reunification that were then dashed when a peace plan was defeated at referendum in 2004. Nevertheless, Cypriots continued to cross the line, visiting former homes, developing friendships, engaging in trade, forming business and artistic partnerships, and simply getting to know each other.”

With this in mind, the documentary looks at how artists can work together across Nicosia’s divide and most importantly where. After the film screening, which will take place online via Microsoft Teams on PRIO’s Facebook event page, Mete Hatay will speak on alternative forms of reconciliation through “doing things together” such as through arts and music. Meanwhile, Solveig Korum will provide some reflections and a discussion will follow on art and spaces of reconciliation.