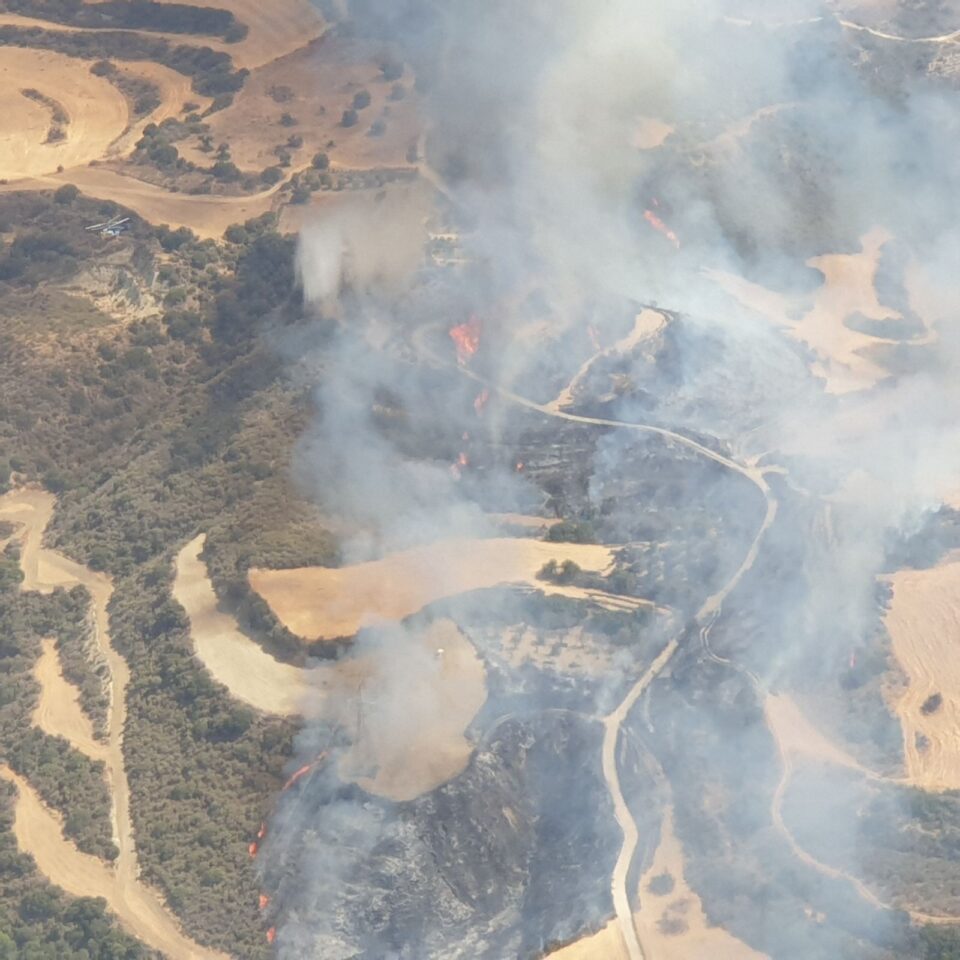 Photo courtesy of the fire department

A fire that broke out on Saturday near Skoulli in Paphos was brought under control around 5pm, the fire service said.

Spokesman Andreas Kettis said that the flames broke out around 1.45pm, burning close to 15 hectares of dry shrub, vegetation and some trees in the Teratsatou area between the Skoulli community and the Evretou dam.

Seven fire trucks from the Paphos district were sent to the scene, along with four more and two excavators from the forestry department.

The game and fauna service and the Paphos district administration also sent a firefighting vehicle and two bulldozers respectively, as the fire was in a hard-to reach area.

In addition, there were three forestry department aircraft and two helicopters, Kettis said.

The fire is currently under control but firefighting crews will remain on the scene to put out remaining flames and handle potential reignitions.

Cabinet to convene on Monday at Troodos summer residence