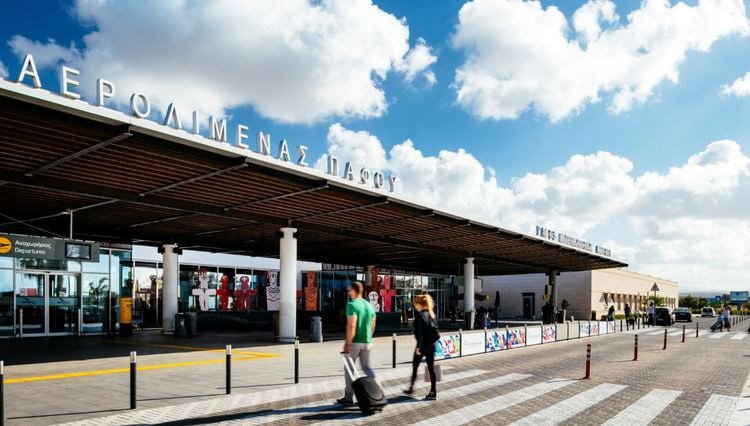 Paphos airport has seen an increase in activity in the last couple of weeks as more flights arrive from the UK with passengers praising airport staff and the ease of travel.

“August is supposed to be our busiest month and in the last few weeks there has been an increase in passengers but we are still far behind 2019 figures due to the pandemic. However, there is a steady increase and we are doing our best to facilitate smooth travel for all,” a senior staff member at Paphos airport told the Sunday Mail.

Most of the passengers going through Paphos more recently are Russians and Europeans. Initially there was good traffic from Israel but that has dried up since the government there decided to include Cyprus in the red-zone category, which means trips to Cyprus are currently banned.

Since quarantine restrictions were lifted in the UK for fully vaccinated people the number of arrivals and flights to the island is increasing, particularly to Paphos, which is popular with Brits escaping to the sun, and a hub for Ryanair.

The English market is gaining momentum now and is expected to be steady, the airport staff member said. “The figures for July show that numbers are much better than the same month last year, around 50 per cent better.”

Travelling to Paphos from Bournemouth in the UK, English holidaymaker Sarah Irwin said she has been trying to return to Cyprus to visit friends and family since the start of the pandemic. As a fully vaccinated passenger, she did not need a test to travel to Cyprus nor does she have to quarantine when returning to England, and she will take a PCR test 72 hours before departure. Her Ryanair flight cost £160 and her test £59.

“I found the process very smooth and easy as long as you do the preparation beforehand it’s all very simple,” she said.

The mum of two ensured that she had both digital and hard copies of her NHS Covid pass and passenger locator form.

“It was a quick check in at Bournemouth and they just scanned my boarding pass and Paphos airport staff were very good. When I got off the plane at Paphos, staff checked my NHS certificate to see my vaccination status and then I was allowed into the terminal. The immigration official checked my passport and flight pass and I was waived through in no time.”

“I would recommend coming to Cyprus to anyone that has been thinking about it. The process is fine.”

British resident Richard agreed. “I had everything sorted out before hand, it is all very simple. My flight from Stansted was good, staff were very helpful on both the UK and Paphos airport. It was busy when I arrived but everything ran smoothly. People that were clumped together were asked to socially distance and the airport workers in Cyprus should be congratulated,” he said.

People are generally obeying the new rules, are following social distancing and wearing masks and there are a lot of public announcements, signage and markings at the airport, the senior member of staff said.

However, there are still some that are not adhering to the rules and as airports have a large volumes of people going through them, passengers will find that there is some congestion, he noted.

“People sometimes stand together and don’t socially distance, airport staff are on hand to remind them. There are not the equal number of staff for each person but we do our best,” he added.

Sometimes, passengers insist on not wearing a mask and if they do not comply, staff inform the police and they take over. There are also those that do not want to take a Covid test as is required for some travel and status categories, and police take over in these instances too.

However, 99 per cent of passengers comply and a police presence helps, he said.

“We are coping, although the airport is not designed to operate in such conditions. For example, we have installed some temporary partitions to separate areas, also for Covid registration and sampling. We are staging people and trying to ensure that there are not large queues forming for sampling.”

Currently, Covid sampling at Paphos airport is subcontracted and training was given by the ministry of health who are the experts in this field and decide what needs to be done, he noted. Airport workers face a lot of uncertainty each day as they are around a lot of people, he said.

Most of the staff are vaccinated and if not, they present a valid rapid test.

“It has been a very tough time for all of the staff. All of the new regulations came in very fast and we had to learn and apply everything very quickly. It has put a lot of pressure on them and they have coped very well. We are looking ahead and hoping that the traffic will increase. It is good to know that travellers are finding the process smooth,” he said.

Chelsea and Spurs maintain perfect start, Manchester United can only draw at Southampton