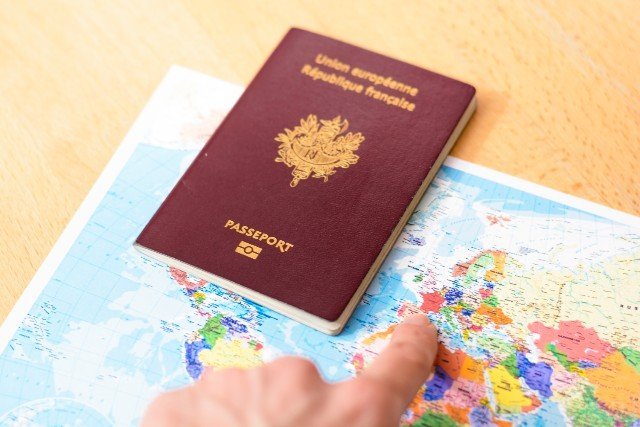 Most of the fake or stolen travel documents are French

Stricter controls at airports due to the pandemic, plus the recent increase in flights are believed to be the main reasons why so many cases of African migrants using fake or stolen travel documents to get to other EU countries have recently come to light.

A source within the African community itself has told the Sunday Mail that a network located mainly in the north provide the fake or stolen identification documents. Police say they too believe this to be the case, but their investigations are hampered by the lack of cooperation with Turkish Cypriot police and the reluctance of those caught to reveal details.

Paphos airport in particular is chosen because it mainly caters for low-cost airlines and because it offers flights to France, the preferred destination for the mostly Congolese migrants who attempt the trip.

Paphos CID spokesman Michalis Ioannou told the Sunday Mail this week that 32 cases of people trying to travel abroad from Paphos airport with forged documents have been reported recently. Only one concerned a person from Ghana. The rest were all Congolese citizens.

“I believe that there is this increase in cases in Paphos because the international airport is mainly used by airlines that provide low-cost tickets,” he said.

“I know they prefer Paphos because the tickets there are much cheaper,” the African source, who did not wish to be named, said.

“Most of them are planning to travel to Paris’ Beauvais Airport, but we have also identified one person who was travelling to Germany and one who was traveling to the Netherlands,” said Ioannou, adding that the Congolese being French speakers are closer culturally to France than other countries.

“Ending up there will be easier for them to start a new life,” he said.

The African source said the lifting of travel restrictions after months of very few flights probably accounts for the recent surge in cases but that it had been going on for years.

“I know hundreds of cases of people, mainly from Congo and Cameroon, who have managed to travel with fake documents to EU countries,” the source said.

“The easing of travel restrictions imposed may be the reason why there have been so many incidents lately. After a long period, the traffic at the airports is much more intense resulting an increase in such cases,” a Larnaca police officer told the Sunday Mail.

He said that while all those arrested at Larnaca airport come from African countries, they are not only from the Congo and are mainly aiming for central European countries.

As for why so many are now being caught, both Ioannou and the source believe this is down to the stricter travel controls at airports brought in to control the spread of coronavirus.

“Before the pandemic, it was much easier to travel from Larnaca. Now the controls have hampered their efforts,” the source said.

Ioannou said that some of the documents are forged, and some are original and have either been lost by their owners or stolen. He added that the photographs on the documents sometimes have stark differences from those attempting to use them to travel. “It happened that a black person presented a Caucasian’s identity card,” he said.

As from where they get the documents, Ioannou said: “Most of them are lying, saying they randomly found the documents or that they took them from the occupied areas. They know, police cannot carry out checks in the northern part. The situation concerning the traffickers is unclear.”

He added that police are cooperating with the competent European authorities in the effort to verify the circumstances through which these documents were obtained.

“If a person wants to travel to France, we will contact Interpol France. Respectively, when they admit their true identity, we contact the authorities of the African countries.”

He said they had no data on how many succeed in leaving Cyprus on forged documentation.

The source added that there was a whole network that supplies these documents.

The cost of the documents can be as high as €3,000 Ioannou said.

“Police are also treating those arrested as victims. When they tell us that they have paid up to 3000 euros to obtain a single document, we understand that they have been exploited,” he said.

“Our effort to identify the traffickers of such documents is very difficult. Mainly due to the lack of cooperation of those arrested. We cannot provide them with witness protection status. To do this, there must first be an accused person for trafficking of fake documents. Most of these people are political asylum seekers.”

Sentences for traffickers of forged documents can be up to 14 years in prison, while for those trying to use them up to three years.

Just this week 14 people caught at Larnaca airport with forged documents this week were jailed for ten months. Twelve were sentenced on Tuesday. The other two refused to cooperate but were brought before the court on Thursday and also sentenced to ten months.

“As far as I know, the prices start at 600 euros. Most are asylum seekers whose applications are pending. But there are cases of people expressing the desire to apply for political asylum after being arrested,” the officer said.

He added that the majority of those arrested are people living in the south but there have been cases of people from the north.

“It is rare, but among the cases, we also had two underage cases, but most of them are adults.”

As for why these people are prepared to run the risk of jail to leave Cyprus on forged papers, UNCHR spokeswoman, Emilia Strovolidou, has no doubt. They are desperate for a better life in other EU countries.

“In Cyprus, inclusion into education, access in health structures and the way of life is much more difficult, especially after the pandemic,” she said.

Our View: Forcing PCR tests on students is blatantly coercive