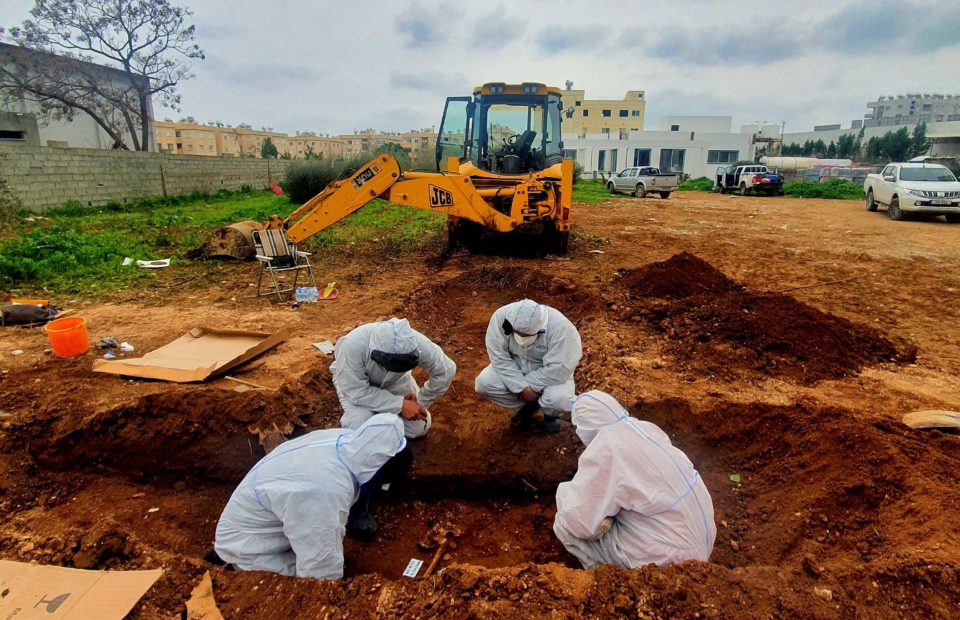 A Portuguese expert who will carry out a study of a landfill in the north, which is believed to be where the remains of 70 missing Greek Cypriots were buried, is expected on island in a few days, a senior official said on Saturday.

The Greek Cypriot member on the committee of missing persons Leonidas Pantelides said the expert with two three other people will remain on the island for four months to determine whether the area can be excavated without the risk of fire and explosions due to methane gases produced by the landfill.

The landfill had been restored and pipes and underground tanks have been installed to remove the methane.

“He will be here with a team of scientists, two-three people will come with him, and other scientists will be from Cyprus, and this team will carry out a study to see how the pipes can break for exhumations to go ahead without danger,” Pantelides said. “If there is accumulated gas there could be an accident and we want to rule all these out to eliminate the slightest danger.”

If the experts say that the gas has not been trapped and the landfill is inactive then the project will go ahead, he added.

The study is expected to take four months and during that time experts will also finalise the locations that will be dug up as some testimonies suggested the remains were buried on the fringes, while others say they were buried in the middle.

The remains belong to 70 men from the village of Assia, in the Mesaoria plain, who had been executed by Turkish soldiers and Turkish Cypriot paramilitaries in August 1974.

Evidence found in Ornithi, west of Assia, between 2009 and 2010 indicated that they had been killed and buried in mass graves there before they were moved to the landfill in Dikomo, near Kyrenia, in the 90s.

The information regarding the burial was based on the testimony of six Turkish Cypriots who were involved in transferring the remains sometime in 1995 or 1996.

The landfill was reportedly open until 2002. After it was closed, it was covered with soil and trees were planted, utilising EU funds. In its place there is now a hill.

In total 105 individuals – 75 from Assia and 30 from other villages – aged between 11 and 84 captured in Assia disappeared during the invasion.

Witnesses said they had been loaded on three trucks on August 21, 1974, and taken to Nicosia, to the Pavlides Garage.

There, a Turkish Cypriot police officer selected 35 men under 50 who remained there. Instructions were given for the remaining 70 to be returned to the village.

Some of the remains were found in two mass graves in Ornithi.

It is understood that to date, the remains of around 30 people from Assia have been found and identified.

A minute with: Kyriakos Anagiotos, DJ