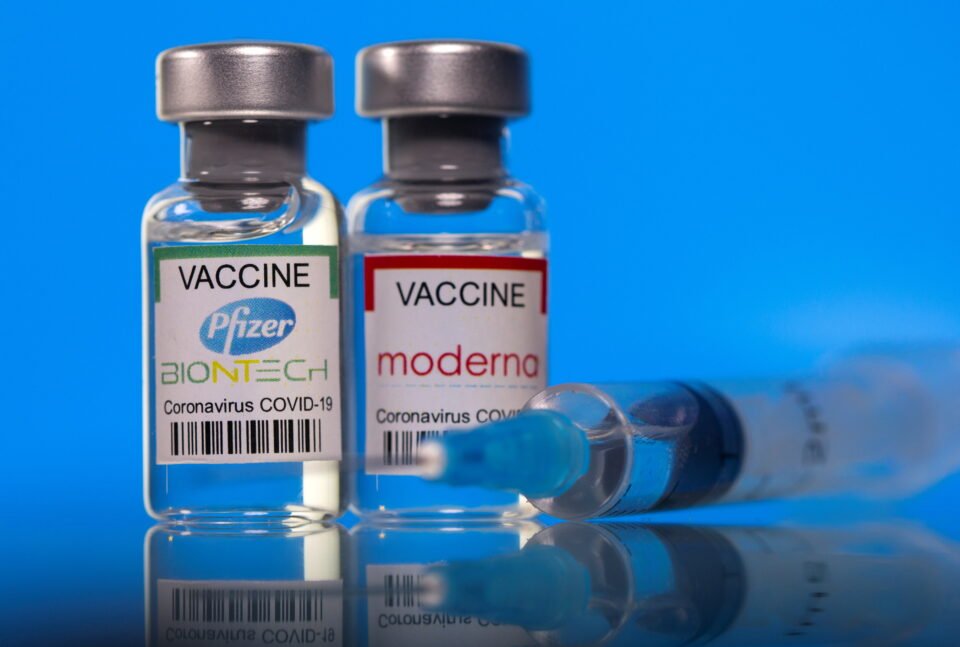 New Zealand had been largely virus-free for months, barring a small number of cases in February, until an outbreak of the Delta variant imported from Australia prompted Ardern to order a snap nationwide lockdown on Aug. 17.

Infections in the outbreak have reached 562 but the number of daily new cases dropped to 53 on Monday, the lowest over the past five days.

“I know we all feel encouraged that our number is lower than what we’ve seen in the last few days and I know we’re all willing for that trend to remain,” Ardern said at a news conference. “The job is not yet done and we do need to keep going.”

Around 1.7 million Aucklanders will remain in strict level 4 lockdown for another two weeks, while restrictions for the remainder of the country will be eased slightly to a level 3.

Ardern’s tough and swift lockdowns, along with closing the international border from March 2020, were credited with reining in COVID-19 in the country.

However, the government now faces questions over a delayed vaccine rollout, as well as rising costs in a country heavily reliant on an immigrant workforce.

Around 21% of the population of 5.1 million people have been fully vaccinated, the slowest pace among the wealthy nations of the OECD grouping.

The health ministry on Monday announced a woman had died due to myocarditis, which is known to be a rare side effect of the Pfizer-BioNTech COVID-19 vaccine. Myocarditis is an inflammation of the heart muscle that can limit the organ’s ability to pump blood and can cause changes in heartbeat rhythms.

The health ministry did not provide the woman’s age. Pfizer in New Zealand did not immediately reply to an emailed request for comment.

“And that’s part of the reason we’ve been very open about this case,” Bloomfield said.

“It’s of great interest internationally as well because it’s one of the few cases where we’ve got the full range of evidence around the side effects and then been able to explain this death.”

Ardern said the country has 840,000 doses of the Pfizer-BioNTech vaccine remaining and it continues to receive 350,000 doses each week.

Moderna Inc’s COVID-19 vaccine contamination woes in Japan have widened with another million doses being suspended, after foreign substances were found in more batches and two people died following shots from affected lots.

The suspension of Moderna supplies, more than 2.6 million does in total, comes as Japan battles its worst wave of COVID-19 yet driven by the contagious Delta variant, with new daily infections exceeding 25,000 this month for the first time amid a slow vaccine rollout.

The latest reports of vaccine contamination came from the Gunma prefecture near Tokyo and the southern prefecture of Okinawa, prompting the suspension of two more lots in addition to the 1.63 million doses already pulled  last week.

A tiny black substance was found  in a Moderna vaccine vial in Gunma, an official from the prefecture said, while in Okinawa, black substances were spotted in syringes and a vial, and pink material was found in a different syringe.

The fresh suspensions followed a government report on Saturday that two people died after receiving Moderna shots that were among lots later suspended.

The government had said that no safety or efficacy issues had been identified and that the suspension was a precaution. The causes of death are being investigated.

“It is unlikely, in my opinion, that contamination of foreign substances led directly to sudden deaths,” said Takahiro Kinoshita, a physician and vice chair of Cov-Navi, a vaccine information group.

“If the contaminated substances were dangerous enough to cause death for some people, probably many more people would have suffered from some symptoms after the vaccination.

“However, further investigations are definitely needed to evaluate the harm of the particular doses in question.”

‘LOOK AT THE BIGGER PICTURE’

Japan earlier halted the use of 1.63 million Moderna doses, shipped to 863 vaccination centres nationwide after the domestic distributor, Takeda Pharmaceutical, received reports of contaminants in some vials.

Some 500,000 people received shots from those supplies, Taro Kono, the minister in charge of the vaccine push, has said.

Moderna and Spanish pharma company Rovi, which bottles Moderna vaccines for markets other than the United States, said at the time that the contamination could be due to a manufacturing issue in one of Rovi’s production lines.

Takeda said on Monday that the investigation is ongoing.

The affected vaccines in Gunma are from a Moderna lot that is different from those whose use has already been suspended, the Gunma official said.

Vaccines from the same lot have been administered to 4,575 people in Gunma, but the prefecture has heard no reports of ill health, the official said.

The contamination “is a serious problem” and there is need to investigate, but given rising COVID-19 cases, Moderna vaccinations should “continue with appropriate precautions”, said Nicholas Rennick, an Australian doctor practicing at the NTT Medical Centre in Tokyo.

Severe COVID-19 cases are at record levels in Japan, leaving many people to recuperate at home amid a shortage of critical care beds. Only 44% of its population has been fully vaccinated, lagging vaccination rates of several developed countries.

Japan is looking into the possibility of mixing shots of AstraZeneca’s vaccine with those developed by other drugmakers to speed up vaccination.

“We’ve got thousands of Delta variant patients around Japan as we speak, spreading the virus, and so many of the population remain unvaccinated and unprotected,” Rennick said.

“We have to look at the bigger picture.”