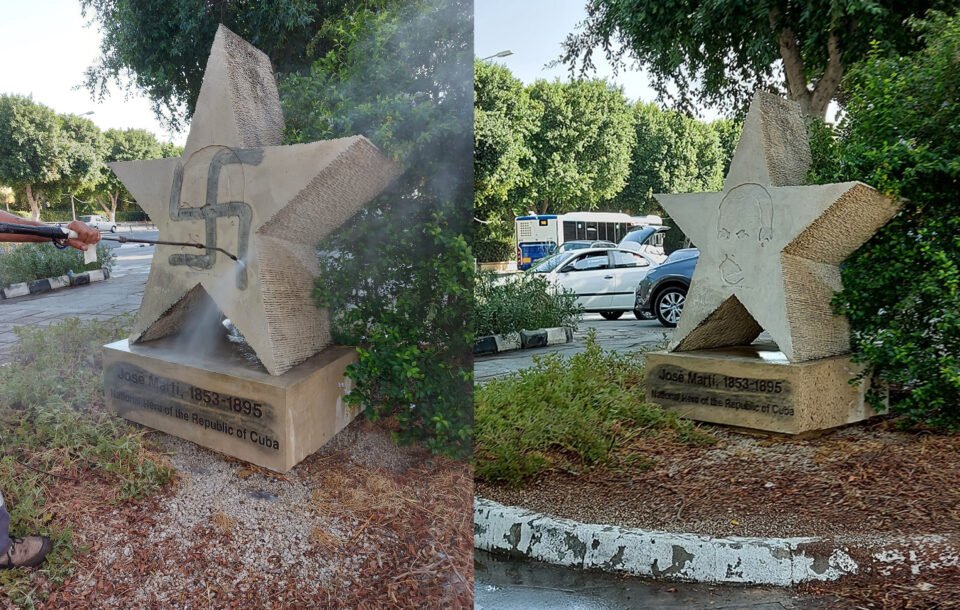 Nicosia municipality on Monday morning removed a swastika which had been spray painted on a monument in the capital dedicated to a Cuban national hero.

The vandalism of the monument – which is in the shape of a five-pointed star – was first reported on Saturday morning.

“We condemn in the strongest manner possible the desecration of monuments,” the municipality said on Monday, adding that such actions should be punished and be made an example of.

The monument is dedicated to Jose Marti, who is considered a national hero and a symbol of the movement for Cuban independence from Spain in the nineteenth century.

Student stopped from boarding plane after gun found in his bag