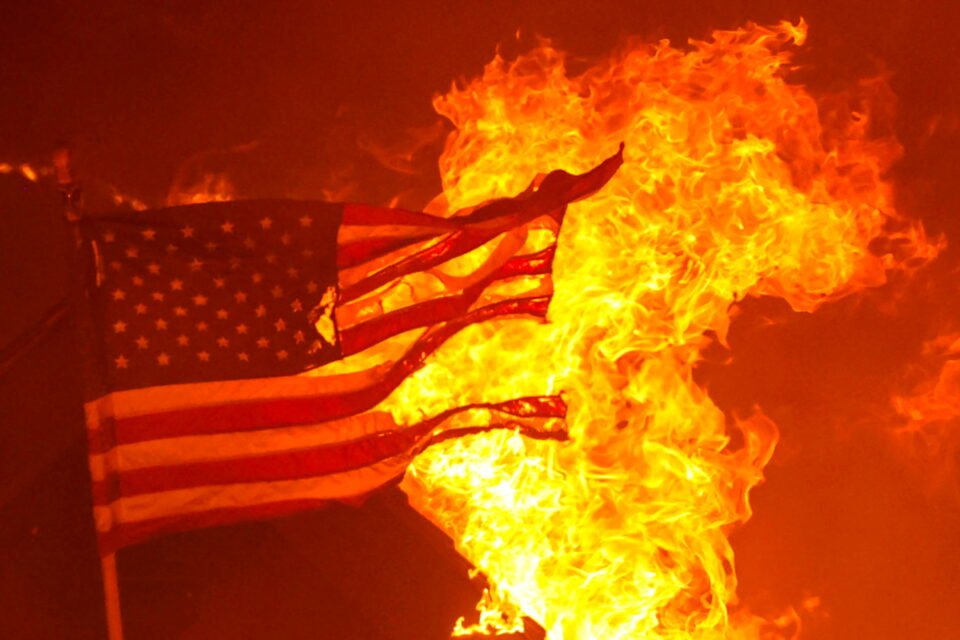 Residents and tourists in communities near Lake Tahoe fled on Monday as a fierce, 2-week-old wildfire roared closer to the popular resort destination through drought-parched forests in northern California’s Sierra Nevada mountains.

Evacuations in and around the town of South Lake Tahoe came as the U.S. Forest Service said it was taking the unusual step of closing all 18 national forests in California to the public in the midst of a fire season already shaping up as one of the worst on record.

The closure is due to last 17 days, starting Wednesday, and effectively extends a shutdown of nine national forests in northern California that began on Aug. 23 and was due to expire over the upcoming Labor Day holiday weekend.

A similar closure of all 18 national forests in California was imposed last September due to what the Forest Service then called “unprecedented and historic” fire conditions. In its latest announcement, the agency cited “fire behavior that is beyond the norm of our experience.”

The agency also cited “significantly limited” resources available for wildfire suppression given the scores of large fires burning in California and a dozen other Western states.

More than 6,800 wildfires have blackened an estimated 1.7 million acres (689,000 hectares) within California alone this season – much of it on Forest Service property – putting 2021 on pace to surpass last year’s record amount of landscape consumed by flames.

The so-called Caldor blaze near Lake Tahoe has emerged as one of the most destructive and disruptive this summer, spreading across more than 177,000 acres (71,740 hectares) since Aug. 14, with firefighters managing to carve containment lines around just 14% of its perimeter as of Monday.

Smoke and ash from the fire has choked the normally pristine skies around Lake Tahoe for days, leading to an early exit by many tourists.

Dry fuel and up-slope canyon winds helped fan the fire over almost 10,000 more acres since Sunday, according to the California Department of Forestry and Fire Protection (Cal Fire).

Evacuation orders were issued for several areas, including a portion of El Dorado County south of Lake Tahoe, which straddles the California-Nevada border and is a beloved area for swimming, boating, hiking and camping. The area also is home to popular ski resorts in winter.

“There is fire activity in California that we have never seen before,” Cal Fire Chief Thom Porter said in a briefing Monday. He said blazes are destroying homes and wilderness across both sides of the Sierra range.

Hotel owner Neil Panchal and his family were up until around 3 a.m. packing up clothes, medicine and food so they could leave their South Lake Tahoe home on Monday morning for Nevada.

“We’ve never seen anything like this. The kids were crying,” Panchal, 42, told Reuters as he, his wife, their two children and his in-laws prepared to drive off through smoke he said was already hurting his throat.

“First COVID, and now this on top of it,” said Panchal, who owns two hotels in the area, both of which have been evacuated.

Evacuations were ordered for all of South Lake Tahoe, home to some 22,000 residents. First responders went door to door urging people to leave, and local jails were also emptied, California Office of Emergency Services Director Mark Ghilarducci said at the briefing.

Traffic backed up as thousands tried to flee at once, and Ghilarducci said there had been “a lot of issues related to the evacuation.” He said the state was working with local officials on planning for a safe and orderly evacuation.

The Caldor fire has destroyed at least 472 homes and other structures and led to injuries of five people, a mix of firefighters and civilians, Cal Fire reported.

Andy Murray furious with Tsitsipas toilet tactics, ‘have lost all respect for him’