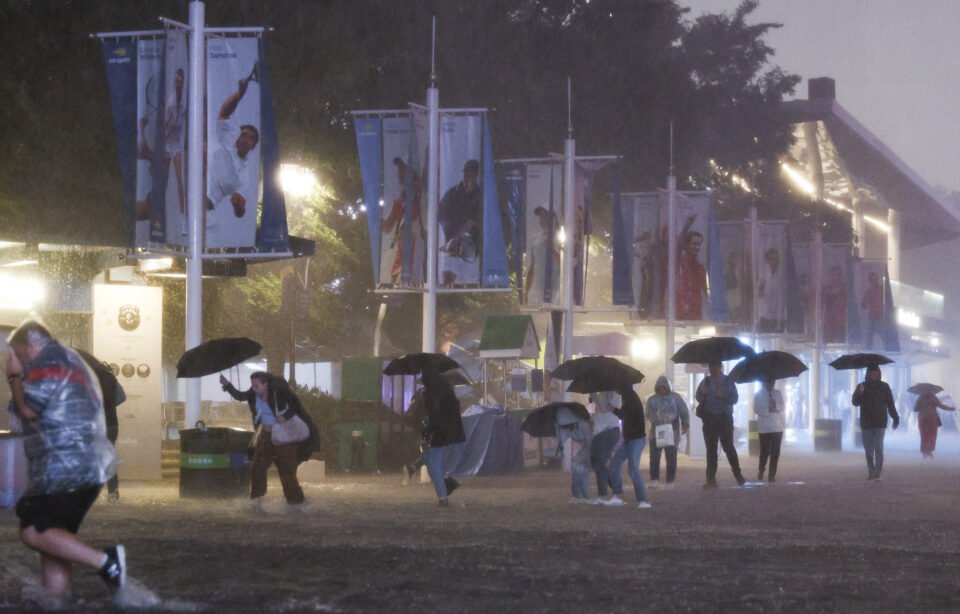 The governors of New York and New Jersey declared a state of emergency late on Wednesday as record-breaking rains from tropical storm Ida led to flooding and hazardous conditions on the roads, with media reporting at least six deaths.

“I am declaring a state of emergency to help New Yorkers affected by tonight’s storm,” New York Governor Kathy Hochul said on Twitter.

At least one person was killed in flash flooding that inundated the New Jersey city of Passaic, Mayor Hector Lora told CNN.

NBC New York reported that one more person had died in New Jersey and four had died in New York City on Wednesday night when they were trapped in their basements as the storm sent water surging through the city.

Lora said the body of a man in his seventies was retrieved from floodwaters. The vehicle the man was riding in was swept away by the water, and firefighters were in turn swept under the vehicle making it nearly impossible for them to reach the man, CNN reported.

Nearly all New York City subway lines were suspended late on Wednesday as the remnants of Ida brought drenching rain and the threat of flash floods and tornadoes to parts of the northern mid-Atlantic, CNN reported earlier.

All non-emergency vehicles were banned from New York City’s streets until 5 a.m. (0900 GMT) on Thursday due to the weather, city authorities said on Twitter.

At least five flash-flood emergencies were issued on Wednesday evening by the National Weather Service, stretching from just west of Philadelphia through northern New Jersey.

Earlier in the night, New Jersey Governor Phil Murphy also declared a state of emergency in response to Ida.

All New Jersey Transit rail services apart from the Atlantic City Rail Line were suspended due to the extreme weather, the service said on its website.

New Jersey’s Newark Liberty Airport said on Twitter it was experiencing “severe flooding”. It said it resumed “limited flight operations” close to midnight after all flight activity was suspended late on Wednesday.

Subway service was “extremely limited” due to the flooding, the Metropolitan Transit Authority said.

First responders evacuated people from the subway system, the acting chair and CEO of the Metropolitan Transportation Authority (MTA), Janno Lieber, said in a statement.

New York City’s mayor urged people to not go outside.

“Please stay off the streets tonight and let our first responders and emergency services get their work done. If you’re thinking of going outside, don’t. Stay off the subways. Stay off the roads. Don’t drive into these heavy waters. Stay inside”, he said on Twitter.

Crews save California town near Lake Tahoe; wildfire rages on

South Lake Tahoe stood smoke-filled and largely deserted on Wednesday after crews fought back a huge, wind-driven wildfire, leaving the California resort town unscathed as flames crept on toward Nevada.

But forecasts called for winds to significantly subside Thursday and Friday, giving firefighters a chance to make more headway and consolidate their gains.

“Over the next couple of days, we’re going to see the weather change, and we’re going to see the fire behavior slacken … to the point where we can actually get in there and do some good work,” Steve Volmer, a fire behavior analyst with the California Department of Forestry and Fire Protection (Cal Fire), told a community briefing on Wednesday evening.

South Lake Tahoe, the biggest town along the rim of North America’s largest alpine lake in a region renowned as an outdoor recreational hub and world-class ski area, had appeared to be in grave danger 24 hours earlier.

Its 22,000 residents were ordered to evacuate on Monday – fleeing in a major traffic jam – after flames unexpectedly crested a ridgeline and swept downs toward communities in the lake’s basin.

Over the next two days, firefighters waged an all-out battle to save South Lake Tahoe and nearby communities, including the smaller, unincorporated village of Meyers, a former trading post and Pony Express station.

By Wednesday morning, they had “steered the fire away,” Jason Hunter, a spokesman for the Caldor incident command, told Reuters by telephone.

Hunter said the wind’s direction late on Tuesday through Wednesday morning had helped push flames to the northeast rather than straight north toward Lake Tahoe, which straddles the California-Nevada border.

“There was a massive amount of heavy-equipment work and structure-protection work along those neighborhoods,” he said.

“We’re not out of the woods yet,” but crews kept the fire “outside those communities and away from homes,” Cal Fire spokesman Henry Herrera told Reuters by telephone.

Firefighters also got help on Wednesday morning from an atmospheric inversion layer that settled over the Tahoe area overnight, trapping smoke close to the ground and tamping down flames at lower elevations, officials said.

In all, Caldor has forced an estimated 50,000 people to flee and destroyed at least 729 structures, most of them single-family dwellings, while 34,800 more buildings were listed as threatened throughout the fire zone, Cal Fire said.

Ground crews hacking away vegetation with bulldozers and hand tools had carved containment lines around 20% of the fire’s perimeter as of Wednesday, Cal Fire said, up from 15% containment on Tuesday morning.

The Caldor fire was among nearly two dozen raging across California and scores of others elsewhere in the West, during a summer fire season shaping up as one of the most destructive on record. The blazes have been stoked by extremely hot, dry conditions that experts say are symptomatic of climate change.

While winds were expected to abate, extremely low humidity remained in the forecast.

As the fire raged closer to the Nevada state line, officials expanded the area under evacuation orders to include more of California‘s sparsely populated Alpine County, on the border.

Authorities across the state line in Douglas County, Nevada, warned residents to be ready to flee at a moment’s notice.

Gazing at a U.S. Forest Service map outside a Red Cross shelter in Carson City, Nevada, on Tuesday, evacuee Lee England, 47, a hip-hop skate performer and instructor, recalled the dread she felt before fleeing her South Lake Tahoe apartment late on Sunday. “We could see the tip of red and deep dark gray. We knew right away things were in bad shape,” she said, and recalled thinking, “this thing is just unstoppable.”

The smell of smoke hung in the air in Carson City, the Nevada state capital, about 30 miles (48 km) east of Tahoe. When a bit of ash fell on the back of England’s Boston terrier, Bon Bon, she bent and gently plucked the gray fleck from the black and white fur.

Nearly 4,200 personnel and a squadron of over two dozen water-dropping helicopters were assigned to the blaze. The cause is being investigated.

No deaths have been reported but three firefighters and two civilians were injured in recent days.

During an operational briefing for firefighting personnel on Wednesday, the team’s safety officer warned that “fatigue can and will set in,” and urged crews to pace themselves for what remained a long, arduous battle.