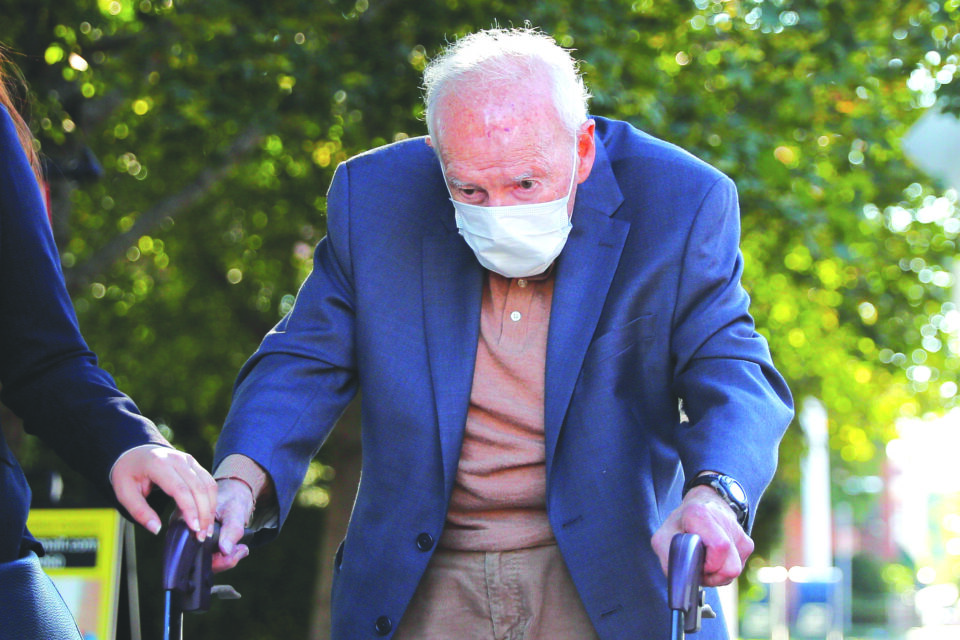 Former Roman Catholic Cardinal Theodore McCarrick pleaded not guilty on Friday to charges he molested a 16-year-old boy in 1974, a case that makes him the highest-ranking U.S. Catholic official to be prosecuted for sexually abusing a minor.

McCarrick, 91, a former archbishop of Washington, D.C., entered his plea through a court officer at a state court in Dedham, Massachusetts, after being charged in July with three counts of indecent assault and battery.

Each charge carries up to five years in prison and a requirement to register as a sex offender. McCarrick has said he had no recollection of committing child abuse.

Bail was set at $5,000, and McCarrick was ordered not to have contact with his alleged victim or children. His next hearing is Oct. 28.

McCarrick wore a face mask and used a walker as he entered the courthouse, walking past a large number of TV cameras, news photographers and advocates for victims of clergy abuse.

He said nothing during the hearing. Daniel Marx, a lawyer for McCarrick, declined to comment after the hearing.

Susan Renehan, 73, who said a priest sexually assaulted her when she was a teenager, said she hoped McCarrick’s case was a “beginning, not the end.”

“So many children lost their lives, their innocence,” she said at the courthouse. “Nobody seems to care in the Catholic Church.”

McCarrick was expelled from the Roman Catholic priesthood in 2019 after a Vatican investigation found him guilty of sexual crimes against minors and adults.

A lengthy Vatican report released in November 2020 found that McCarrick had risen through the church’s ranks despite persistent rumors of sexual misconduct.

McCarrick faces several civil lawsuits from men who have accused him of sexual abuse decades ago, but the statute of limitations in those cases has expired, preventing criminal charges.

The statute of limitations in the Massachusetts case was frozen when McCarrick, a non-resident, left the state.

According to court records, the alleged victim said McCarrick, a family friend, began molesting him when he was a young boy in several states, including New York, California, New Jersey and Massachusetts.

The man told police that during his brother’s wedding reception on June 8, 1974, at Wellesley College in Massachusetts, McCarrick told him his father wanted the two of them to have talk about his misbehavior.

McCarrick groped him as they walked around campus before taking him into a small closet-like room and fondling him while saying prayers, the man told authorities.

Coronavirus: Some vaccine fears ‘understandable’, others come from misinfo and conspiracy – study