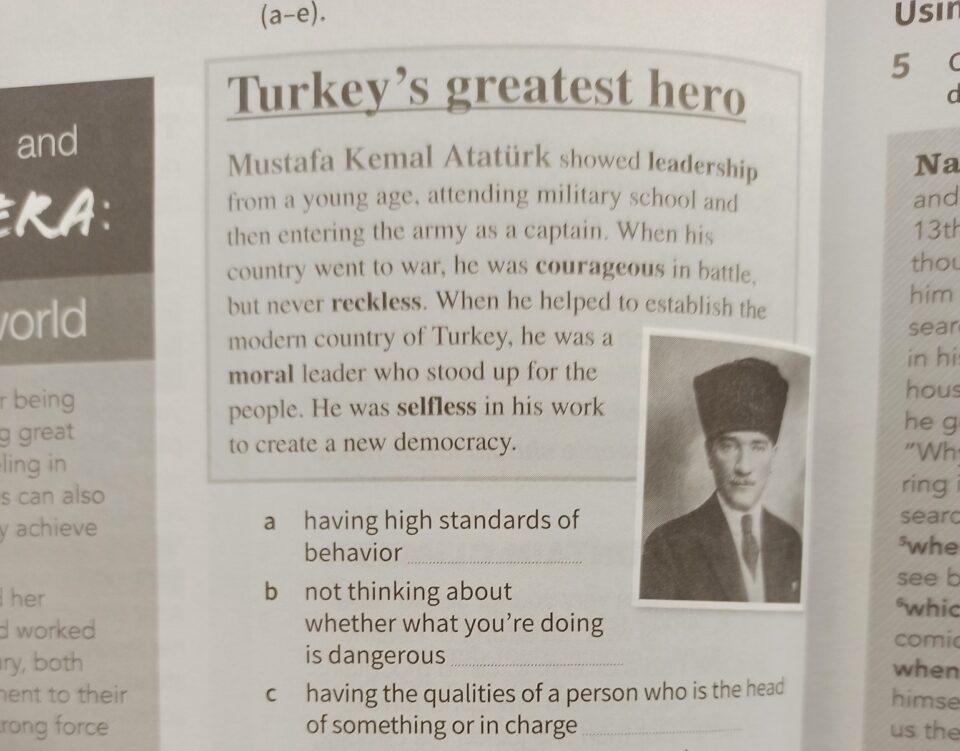 President Nicos Anastasiades said Thursday he will be discussing with Education Minister Prodromos Prodromou whether there was any other way to handle the issue of an English textbook that was withdrawn over a reference to Kemal Ataturk, the founder of the Turkish Republic.

The matter has also reached Turkey, which issued a statement through its foreign ministry condemning the move as anachronistic.

Anastasiades said he was not interested in what the Turkish foreign ministry had to say but he will be talking with Prodromou on Friday, on the side-lines of a cabinet meeting.

“I am interested in how a problem is tackled, which, in the 21st century may need a different handling,” he told reporters. “I will have a meeting with the education minister to discuss how we handle an issue that could have been handled in another way.”

The issue came to the fore after an English teacher posted on Facebook an education ministry urgent instruction to English teachers to “tear out” the ‘offending’ page.

The instruction, which apparently came from the minister, sparked outrage on social media with most netizens saying the page should stay despite the disagreement.

The education ministry appeared to make things worse with a statement announcing the book’s withdrawal.

In the statement, the ministry said Ataturk was linked to crimes like the Armenian, Pontian and Assyrian genocides, and pogroms against Greeks in Smyrni and elsewhere.

“The modern school, which is based on the respect of human and peoples’ rights, does not compromise with efforts to rehabilitate such historic crimes,” the ministry said. “Besides, the English language lesson cannot be used nor is it expected to handle such subjects or to have room for critical analysis.”

But it appeared later Wednesday, that the ‘offending’ references were part of an exercise for pupils to practice critical thinking.

According to a photo posted on the same Facebook group as the instruction to tear page 36, pupils were asked to discuss how someone can be both hero and villain and to identify facts and opinions.

Excerpts of a Greek textbook currently used in schools with extensive references to Ataturk were also posted.

In a fresh statement on Friday, the education ministry rejected Turkish criticism, pointing out they had no say in the matter.

In fact, it is outrageous for the Turkish state, with its well-known attitude towards Cyprus, to make demands relating to Ataturk or the Republic’s education.

“The selection of the book that will be used as a teaching aid is the responsibility of the education ministry. Not choosing one of the many books because it is deemed inappropriate, is certainly not censorship,” the ministry said.

The statement said an investigation will look into possible oversight.

The Turkish foreign ministry “strongly” condemned the decision as “anachronistic, hostile, and unacceptable.”

“This latest action of the Greek Cypriot Administration, responsible for the deadlock of the Cyprus issue for years, demonstrates that they do not have tolerance not only to share the power and the wealth, but even to live together with the Turkish Cypriots on the Island,” the ministry statement said.

It was echoed by Turkish Cypriots, who said it was a “new example of the racist stance of the Greek Cypriot administration.”

“The reflection of the increasingly hostile behaviour of the Greek side onto the Greek Cypriot education system clearly shows that the Greek side cannot tolerate the Turkish existence on the island and cannot digest the glorious history of the Turkish nation.”