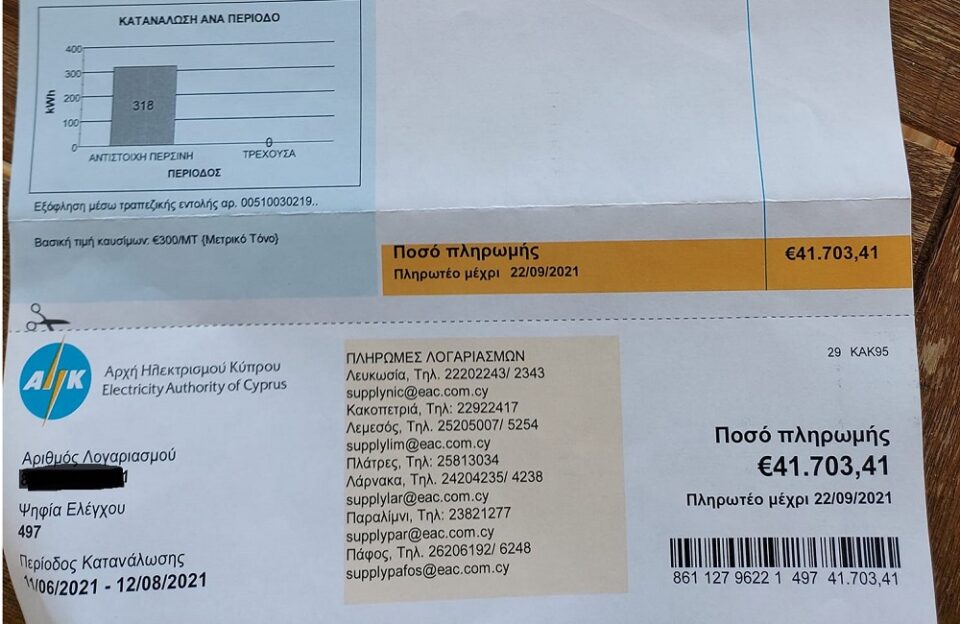 An elderly couple in Tris Elies village, was stunned when they received their electricity bill amounting to almost €40,000.

The bill specifies that the charges for their electricity consumption reached the sum of €41,703.41.

Flabbergasted, the couple which also has solar panels in their home, repeatedly called the electricity authority EAC, which did not provide them with any concrete answers.

The issue came to light through a Facebook post who said the EAC simply told them to call on Monday. The poster wrote:

“This is an EAC bill for a home in a village where two elderly people live. It’s certainly a mistake but you understand the shock they had and still have because communication with the EAC…after numerous attempts and in a subtle manner, the answer is pretty much call on Monday when the office will be open. This in 2021…this is Cyprus.” 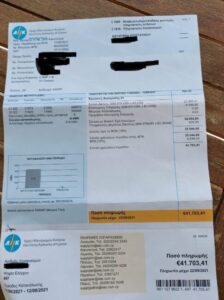