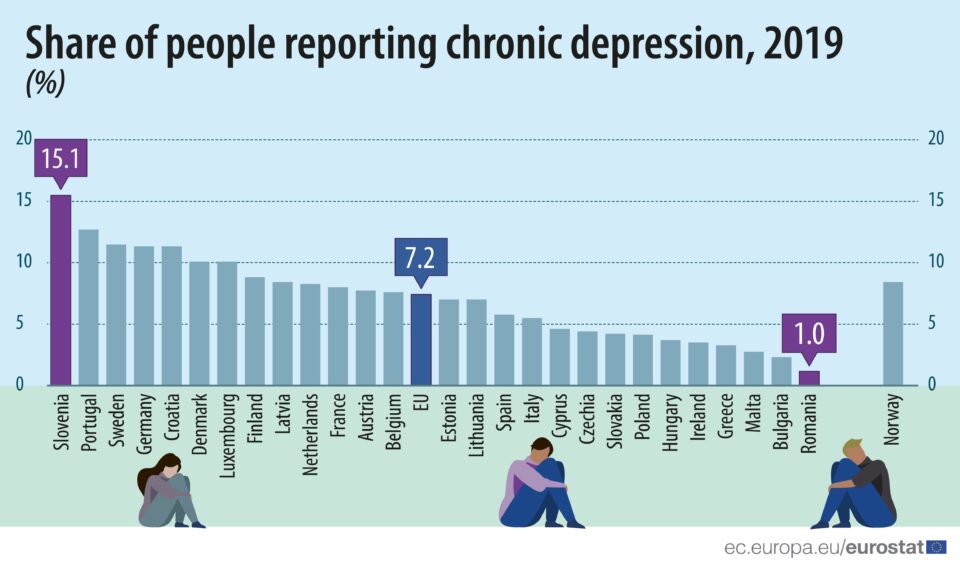 In 2019, 4.7 per cent of people in Cyprus reported suffering chronic depression, while in the EU the percentage is much higher, at 7.2 per cent, according to the latest figures published by Eurostat, the statistical service of the European Union.

According to the same data, the percentage of women with chronic depression is higher than that of men in both the EU average and in Cyprus.

Among the EU countries, Slovenia (15.1 per cent) had the highest share of the population reporting chronic depression in 2019, followed by Portugal (12.2 per cent) and Sweden (11.7 per cent).

In contrast, the share of people reporting chronic depression was lowest in Romania (1.0 per cent), Bulgaria (2.7 per cent) and Malta (3.5 per cent).

In 2019, the share of people reporting chronic depression was higher for women than men in all EU Member States.

This news item was published on the occasion of World Suicide Prevention Day that was marked last Friday, with Eurostat joining hands with the rest of the world to raise awareness of suicide and mental health.

180 fines, 89 for speeding in Paphos over weekend