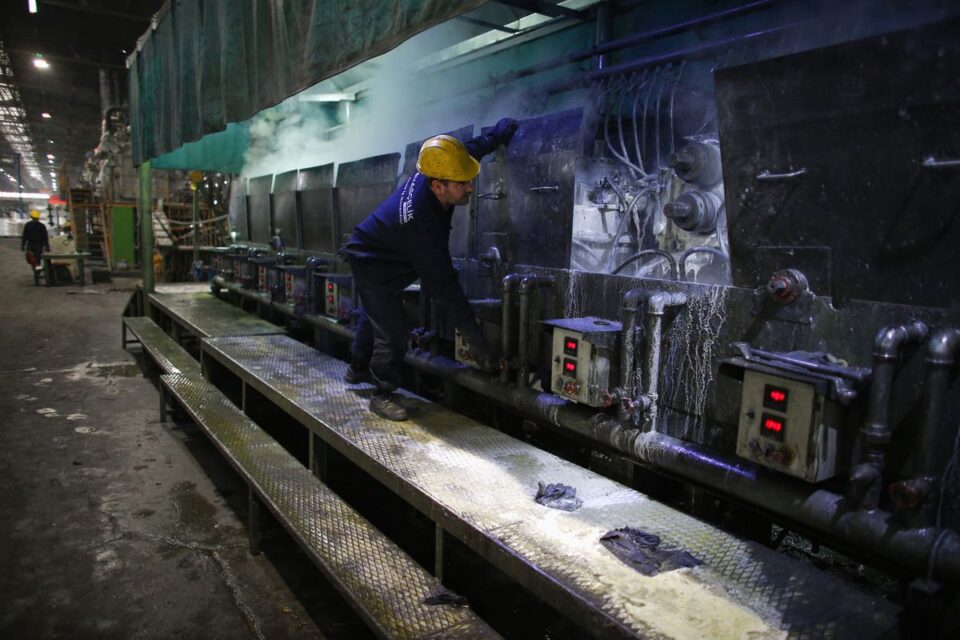 Turkish industrial output rose 8.7 per cent annually in July, much less than forecast after a recent strong rebound, while the current account deficit was wider than expected, data showed on Monday, fuelling speculation about the timing of possible rate cuts.

The disappointing data came after a strong run in which recoveries in consumption, exports and tourism set the economy on a path to near 10 per cent overall growth this year, leaving last year’s initial coronavirus fallout behind.

Month-on-month, industrial output shrank 4.2 per cent in July on a calendar and seasonally adjusted basis, the Turkish Statistical Institute said.

In a Reuters poll, production was forecast to rise 15.1 per cent annually in July after surging 23.9 per cent in June.

The data, along with figures showing monthly retail sales growth slowing to 0.7 per cent in July from 15 per cent in June, suggested the economy made a soft start to the third quarter, said Jason Tuvey, senior emerging markets economist at Capital Economics.

“The weak hard activity indicators coming alongside comments from the central bank that it is currently putting more emphasis on core inflation… mean that it is more likely than not that an easing cycle begins before the year is out,” he said.

Last week the central bank governor said the current 19 per cent policy rate was tight enough to bring inflation down in the fourth quarter, suggesting monetary easing is on the way. He also stressed the importance of core inflation, which fell below 17 per cent annually in August.

Separate data showed a current account deficit of $683 million in July, compared with a poll forecast of $570 million.

The July balance had been expected to show a relatively small deficit, due largely to a partial recovery in tourism revenues. The deficit narrowed from $1.122 billion in June.

The lira was 0.4 per cent stronger at 8.4520 against the dollar after the data. But it has shed 2.5 per cent in the last four trading days and some analysts expect more volatility heading into a monetary policy meeting on Sept. 23.

Societe Generale on Monday said the lira would likely weaken to 8.85 by year end, adding the central bank increasingly risks making the mistake of cutting interest rates too early given political pressure for stimulus.

Many Turkish factories halted work in March last year, soon after the first COVID-19 infection was recorded. Output dropped 31.4 per cent in April and 19.9 per cent in May before a recovery began in June.

Throughout the pandemic Turkey imposed temporary curfews and business closures, including a tough but brief lockdown in April and May of this year. The measures were lifted in June.

Smart cars, not e-cars, are ‘gamechanger’