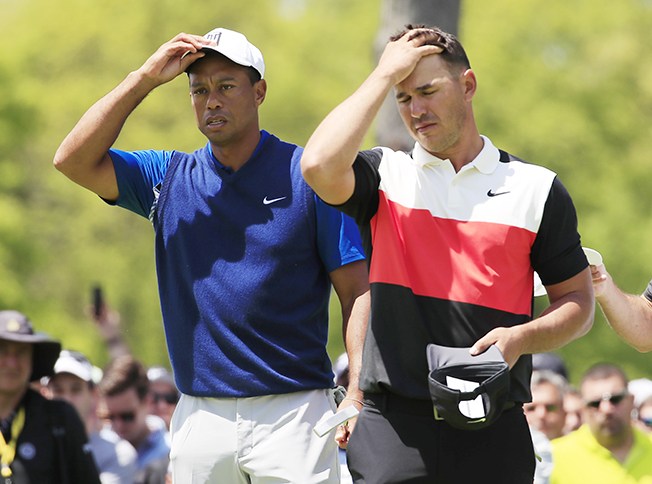 Brooks Koepka, who has four majors to his name, said time is on his side in his bid to catch Tiger Woods (15 majors) - or even Jack Nicklaus (18)

Brooks Koepka is shooting for the moon in regard to winning major titles.

Koepka, who has four major championships to his credit, said time is on his side in his bid to catch Tiger Woods (15 majors) – or even Jack Nicklaus (18 majors).

“In my mind, I’m going to catch (Woods) on majors. I believe that. I don’t see any reason that can stop me,” Koepka said in a recent interview with Golf Digest.

“I’m 31. I have another 14 years left. If I win one a year, I got Jack. People misconstrue that as being cocky. No, that’s just my belief. If I don’t have that belief, I shouldn’t be out there. If you don’t think you can win, why the hell are you teeing it up?”

Woods, 45, has won the Masters on five occasions, the PGA Championship four times and the U.S. Open and The Open Championship on three separate occasions.