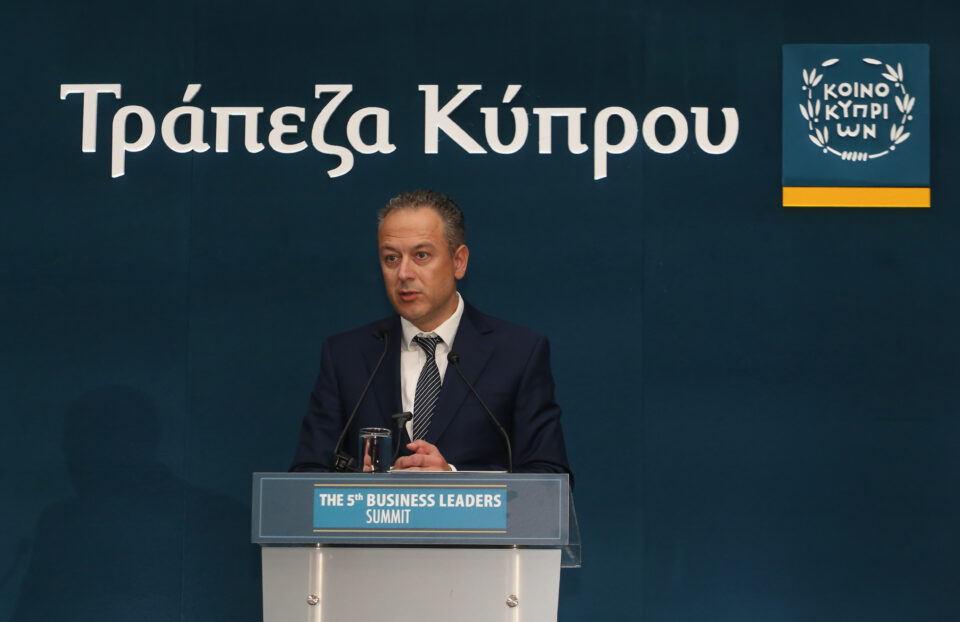 Businesses asking for bank loans will have to show commitment to the green economy and sustainable development in the future a gathering of business leaders was told this week.

“According to new European regulations, companies who wish to access capital, must gradually take steps to minimise any negative impact on the environment and society in general,” Bank of Cyprus CEO Panicos Nicolaou said. He added that the European Central Bank will carry out climate-related stress tests in 2022.

He was speaking at this week’s Bank of Cyprus’ Business Leaders’ Summit, which focused on the transition to the green economy and sustainable business development.

“The bank encourages and supports its customers, both individuals and companies, in their transition to a green economy and sustainable development so that they can take advantage of any opportunities that will arise,” Nicolaou said.

The Bank of Cyprus, he said was investing in long-term social programmes, including the SupportCY initiative, for which donations have exceeded €450,000, as well as the Bank of Cyprus Oncology Centre, which has received more than €70 million over the years.

“The pandemic has been a wake-up call for the implementation of sustainable development and a unique opportunity for economies and businesses in terms of their strategies and how they can help their economies recover,” Pissarides said.

“Unfortunately, governments have not always been timely with the adoption of environmentally-friendly policies and sacrificed emissions in favour of development,” he added.

World Bank Vice President for Europe and Central Asia, Anna Bjerde, said that Cyprus needed to utilise opportunities stemming from the transition to the green economy.

“In Cyprus, investment needs for the transport sector are estimated to be more than €12 billion, while more around €1 billion will be needed to achieve energy efficiency and renewable goals by 2030,” Bjerde said.