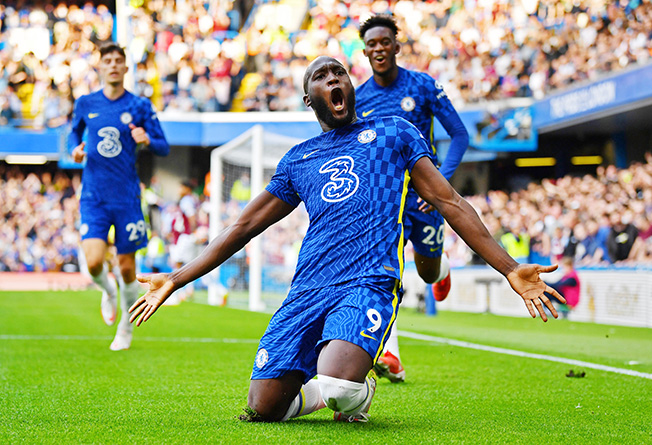 Chelsea’S status as genuine Premier League title contenders will be tested with Sunday’s trip to London rivals Tottenham Hotspur before they face the ultimate challenge against champions Manchester City next week.

While Chelsea start as favourites on Sunday, Spurs manager Nuno Espirito Santo will also learn a great deal about just how well equipped his team is for this campaign from the clash with Thomas Tuchel’s European champions.

The following week, Spurs have a North London derby with Arsenal and a promising start to the season could quickly be forgotten if those two matches end in defeats.

Chelsea are one of four teams at the top of the table who are unbeaten and have 10 points from three wins and a draw earned away to Liverpool when they played the second half with 10 men.
Spurs are in the trio of clubs just a point behind having won their opening three games, including an impressive victory over Manchester City, but their 3-0 loss to Crystal Palace last weekend has somewhat soured the early-season optimism.

Chelsea have not lost to Spurs in the Premier League since a 3-1 defeat at Wembley Stadium in November, 2018 and Tuchel’s side are favourites with new signing Romelu Lukaku having made a strong start following his summer move from Inter Milan.

While Lukaku’s sheer finishing power tops his list of enviable attributes, Tuchel also hailed the 28-year-old’s down-to-earth approach.
“He was the type of player and profile we were missing,” said Tuchel. “But he’s also super humble, he loves football, he loves to train and he’s such a good communicator in the dressing room.
“He is always open to everybody.”

City and Liverpool will both expect to pick up three points on Saturday with Pep Guardiola’s side at home to Southampton and Liverpool hosting Palace.

Manchester United’s euphoric mood since the signing of Cristiano Ronaldo and his two-goal debut in the 4-1 win over Newcastle United last Saturday was deflated by Tuesday’s Champions League loss at Young Boys in Bern.

Ole Gunnar Solskjaer’s side face a tricky test on Sunday at the London Stadium against unbeaten West Ham United.

Arsenal got their first win of the season at home to Norwich City which eased the pressure a little on manager Mikel Arteta but they can ill-afford to slip up at struggling Burnley on Saturday.