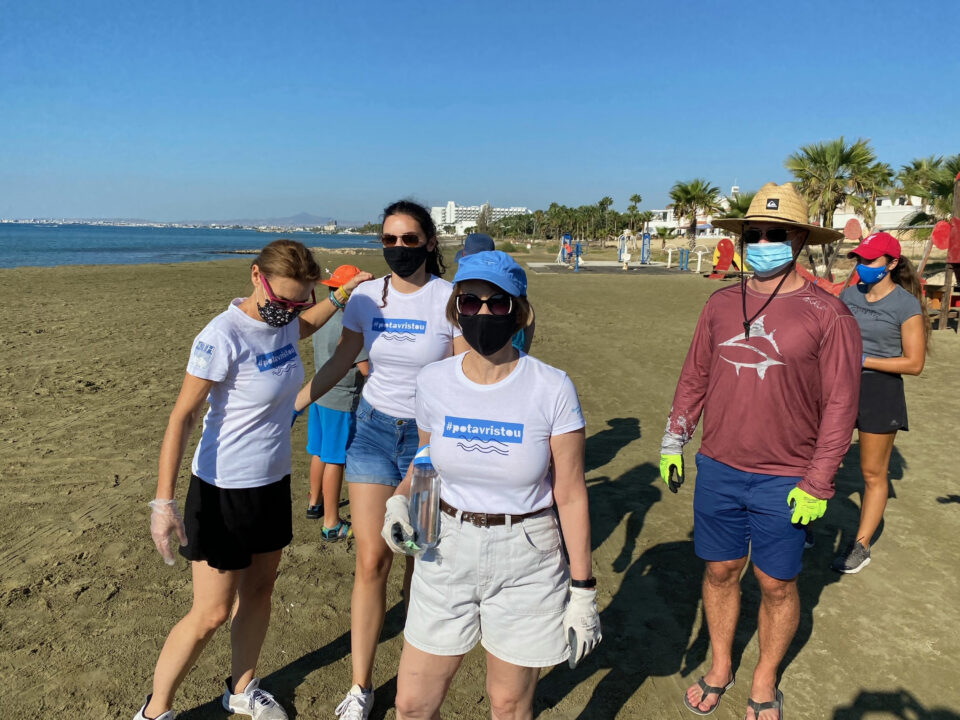 Waste management is something that needs to be tackled at the source, said US ambassador, Judith Garber, marking International Coastal CleanUp Day in Larnaca on Saturday.

Garber participated in the clean-up of the CTO beach in Larnaca, organised by the non-governmental organisation AKTI.

International Coastal CleanUp Day encourages people to rid beaches of the garbage. Awareness is also spread about preserving and protecting the world`s oceans and waterways.

Garber said the embassy was proud to partner with AKTI for the event and it was something they try to do every year.

“Waste management is really something that really needs to be tackled at the source, is not just about cleaning up here along the beach is about what we all do absolutely every day to make sure that we are reducing the amount of single use plastics,” the ambassador said.

“We need to be conscious about the waste that we are throwing into the environment because all that ends up in the ocean, that affects our ecosystem, that affects very much the world in which we live.”

The food chain is another part of it, Garber said, as the packaging never fully degrades.

Xenia Loizides, who holds the chair of AKTI Project and Research Centre, thanked Garber for her support to mark International Coastal CleanUp Day.

She also referred to the #potavristou campaign that is running again this year following success over the last two years. Noting the project is supported by MIO-ECSDE, the Mediterranean Information Office for Environment, Culture and Sustainable Development and is implemented in 20 countries so far.

It is very significant to hold campaigns which make everyone aware of waste management, said Loizides, adding it is equally significant to realise that our seas and planet have turned into a landfill, something that needs to stop.

AKTI was established in 2000 by a group of experts in environmental issues and has succeeded today to create an extensive network of collaborators and volunteers for raising environmental awareness and promoting sustainable development.

A total of 23 kilos of waste and more than 800 cigarette stubs were collected during Saturday’s event.