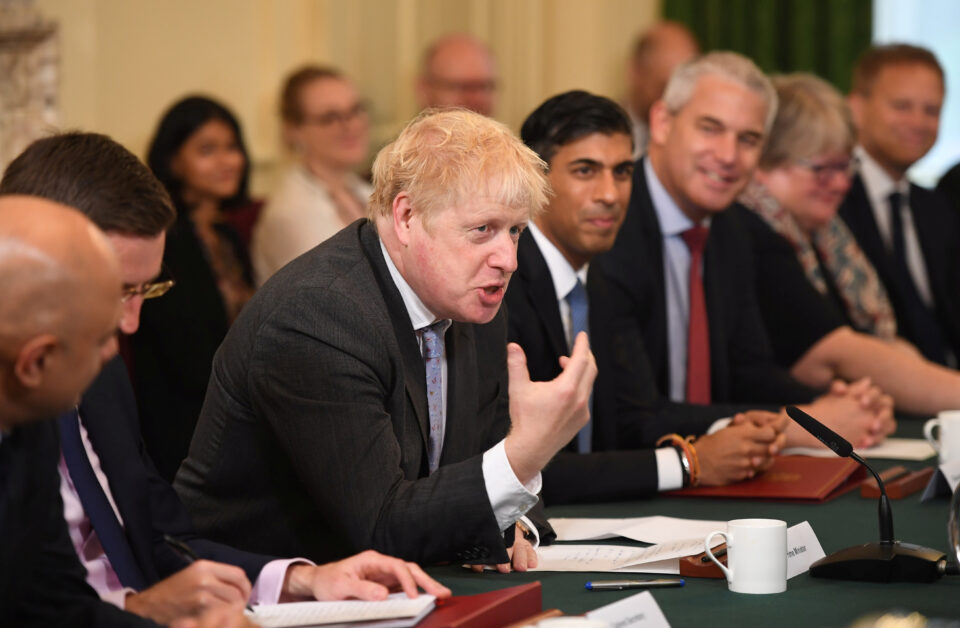 The new cabinet does not have the intellectual and political heavyweights that Britain needs to carve out her new role after Brexit.

Government reshuffles in Britain are as fascinating as they are entertaining. In a notorious reshuffle in 1962 prime minister Harold Macmillan replaced seven cabinet ministers in sackings dubbed the Night of the Long Knives for their sheer ruthlessness.

Although Boris Johnson’s reshuffle last week was not as ruthless as Macmillan’s, it did involve a move sideways for foreign minister, Dominic Raab, from a principal department of state and the removal of his minister of education for incompetence.

Dominic Raab is now minister of justice and Lynn Truss is the new foreign minister. I know very little about Lynn Truss and as a famous philosopher advised: whereof one cannot speak, thereof one must remain silent.

Kwasi Kwarteng as foreign minister would have been my choice on merit. It would have been an imaginative appointment both nationally and internationally, but alas I am not the prime minister and my choices are mere armchair preferences.

I would have switched Pritti Patel to the ministry of justice to hone her skills in the art of persuasion and replaced her with Dominic Raab as interior minister for a number of reasons but two should suffice for the minute.

The first is that Raab would not have viewed a move sideways to another principal department of state such as the ministry of interior as a demotion. The second is that Patel is of Ugandan Asian background and bends over backwards to prove her anti-immigrant credentials, which is damaging to Britain’s image abroad as well as the needs of the economy for migrant labour at home.

Her predecessor, Sajid Javid had the same problem, which was evident last week when he said something very stupid about his decision to deprive Jamima Begum of British citizenship for her teenage flirtation with Islamic State when he was interior minister. He said: “If you knew what I knew you would have made the same decision,” which is meaningless and ignores the philosopher’s dictum to remain silent if you cannot say anything.

Jamima Begum appeared on television looking more like a south Asian version of tennis champion Emma Raducanu sporting a baseball hat and pleaded to be allowed back into Britain and face any charges against her and even offered to help with deradicalisation. The evidence Javid saw would be inadmissible in a criminal court in England but it was very unfair of him to encourage the public to speculate what it might be. People are not naive but they are fair-minded and as she was a teenager when she fell under the spell of Isis, she is entitled to a fair wind to put her life back on track.

Nadhim Zahawi is the new minister of education and by all accounts he is a popular choice for the success he achieved as vaccines minister. He replaces Gavin Williamson who blew it again.

Apart from being gender and ethnically diverse the new Johnson cabinet does not have any intellectual and political heavyweights that Britain needs to see her out of the pandemic and carve out her new role for global Britain after Brexit.

And the problems are piling up. Freedom from the shackles of Covid lockdown was all very well, but what happens now that infection rates are high and hospital admissions increasing?  Making the wearing of masks in public spaces optional was daft and will probably have to be reintroduced. And the same will happen with vaccine passports as happened in Scotland. These measures need to be streamlined otherwise freedom of movement within the UK will be compromised.

Vaccination hesitancy is not irrational and although it is unwise not to get vaccinated, making vaccination passports mandatory for public venues is indirect compulsory vaccination, which is a serious violation of personal autonomy.

As for new role for global Britain it is a hotchpotch of the untidy retreat from Afghanistan and sabre-rattling in the Pacific – presumably done in the hope that trade will follow the flag. Global Britain is all very well but why upset the Chinese and the French in one fell swoop by the so-called Pacific pact? It was after all an American President, Theodor Roosevelt, who advised that in foreign policy the best policy is to “speak softly and carry a big stick.”

Actually, there is no stick big enough to use against China, so the best policy is just to speak softly and trade with her like the time before President Donald Trump ruined civilised dialogue and alienated the Chinese with his loud mouth and bad manners.

The world is being railroaded into a conflict with China irrationally.  Just a few years ago people in Britain and elsewhere were happy to receive Chinese investments, yet we are now expected to buy into anti-Chinese rhetoric because of some perceived threat that doesn’t exist.

All China did was to blend capitalism into a communist system of government and it worked extremely well. China will soon overtake the US as the world’s richest country and good luck to her. Just like communist ideas blended into capitalist countries in Scandinavia that became cradle to the grave social democracies, China did the same thing the other way round and her success has been remarkable.

Apart from Hong Kong, Britain has no issues with China and neither does Australia. President Xi Jinping of China visited Australia many times. In 2014 he was wined and dined and addressed the Australian Parliament and everything was fine until suddenly China is enemy number one.

Out of the blue, Australia feels the need for a pact with the US and Britain against some perceived Chinese threat across the oceans within China’s sphere of influence.  What’s going on? Whose in charge? Not Boris Johnson or any member of his cabinet or the mandarins at the foreign office.

Alper Ali Riza is a queen’s counsel in the UK and a retired part–time judge.