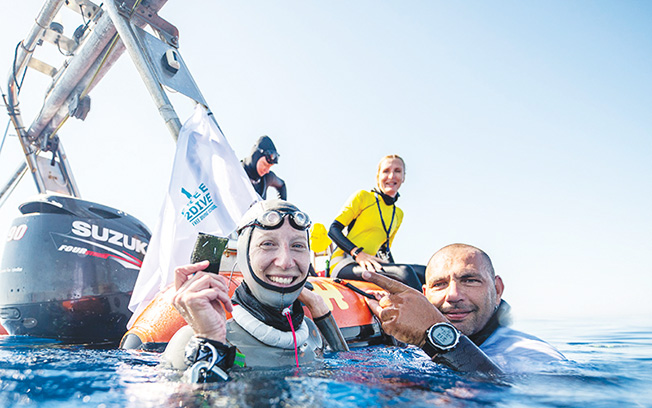 A new women’s world record was set in Limassol on July 3 when Jennifer Wendland descended to a depth of 93 metres (C. Constantinou photography)

Limassol has a history of organising freediving events. A depth of 100 metres was reached for the first time in Limassol in 2004 by Colombian freediver Carlos Coste.

This is the second time that Limassol will host the event, following a successful edition in 2015.
Favourable weather and sea conditions, the availability of trained and skilled divers and existing infrastructure and resources, mean Cyprus is an ideal location to host the event.

“This is our first big international freediving event since the start of the Covid-19 pandemic in 2020. Aida is looking forward to reconnecting directly with the freediving community in Cyprus and seeing how the best athletes in our sport have improved during this time away,” said Aida President, Alexandru Russu.

“With the help of our volunteers and the support of our new sponsors, we are anticipating a successful world championship.”

Good weather is expected during the competition with a predicted water temperature between 25° and 28°C, thermocline below 20 metres and visibility around 30 to 35 metres. The average temperature this time of year in Cyprus is between 28°C and 32°C. 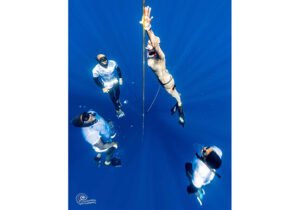 This year’s depth competition will see 150 athletes from 40 countries competing to achieve new personal bests and deeper records in the following four disciplines:

Constant Weight (CWT): The freediver descends and ascends attempting to reach a targeted depth by swimming with fins/monofin and/or their arms. Propulsion aids other than fins/monofin are prohibited.

Constant No Fins (CNF): The freediver descends and ascends attempting to reach a targeted depth using only their arms and legs. Propulsion aids and/or pulling on the rope are prohibited.

Constant Weight Bifins (CWTB): The freediver descends and ascends attempting to reach a targeted depth by swimming with bifins and/or their arms. Propulsion aids other than bifins are prohibited.

Free Immersion (FIM): The freediver descends and ascends attempting to reach a targeted depth by pulling on the rope. Propulsion aids are prohibited.

This will be the first world championship featuring CWTB, a discipline that was officially recognised by Aida in 2019.

The competition will be streamed live on Aida’s YouTube Channel starting on September 22 at 8am (GMT+3).

The complete schedule of events, start lists and results can be found on the official Aida World Championship website https://www.aidainternational.org/.

Created in 1992, Aida is an international freediving federation based in Switzerland. Aida is dedicated to the development of freediving through both competition and education, and is the federation of all freediving nations, bringing together over 40 countries. Aida has officiated over 25 freediving world championships and more than 300 freediving world records.