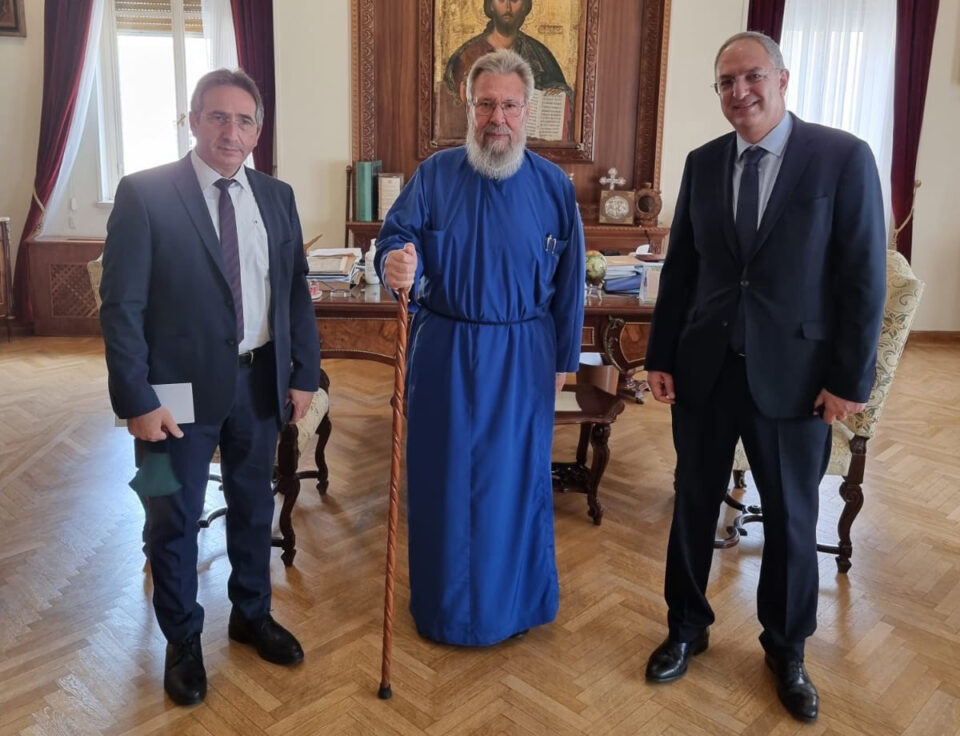 Some €130,000 raised by the church to help the communities in Larnaca and Limassol districts stricken by the devastating fire of July 3 will be used for fire prevention projects, Agriculture Minister Costas Kadis said on Thursday.

The minister gave the assurance to Archbishop Chrysostomos at a meeting where they discussed the situation following the worst fire in living memory that torched 55 square km of forest, cultivations, homes, and other properties and resulted in the death of four men.

At the focus of their discussion were measures underway to support the affected communities and progress in anti-flooding and anti-erosion projects. The archbishop said the church was ready to assist in any way possible and gave the minister a cheque for €130,000 collected in fundraisers organised by the church.

In thanking the archbishop, Kadis said the money will be used exclusively to contract anti-fire projects near the affected communities so as to bolster their protection.

Fire in Prodromi, third of the day, under control (Update 2)