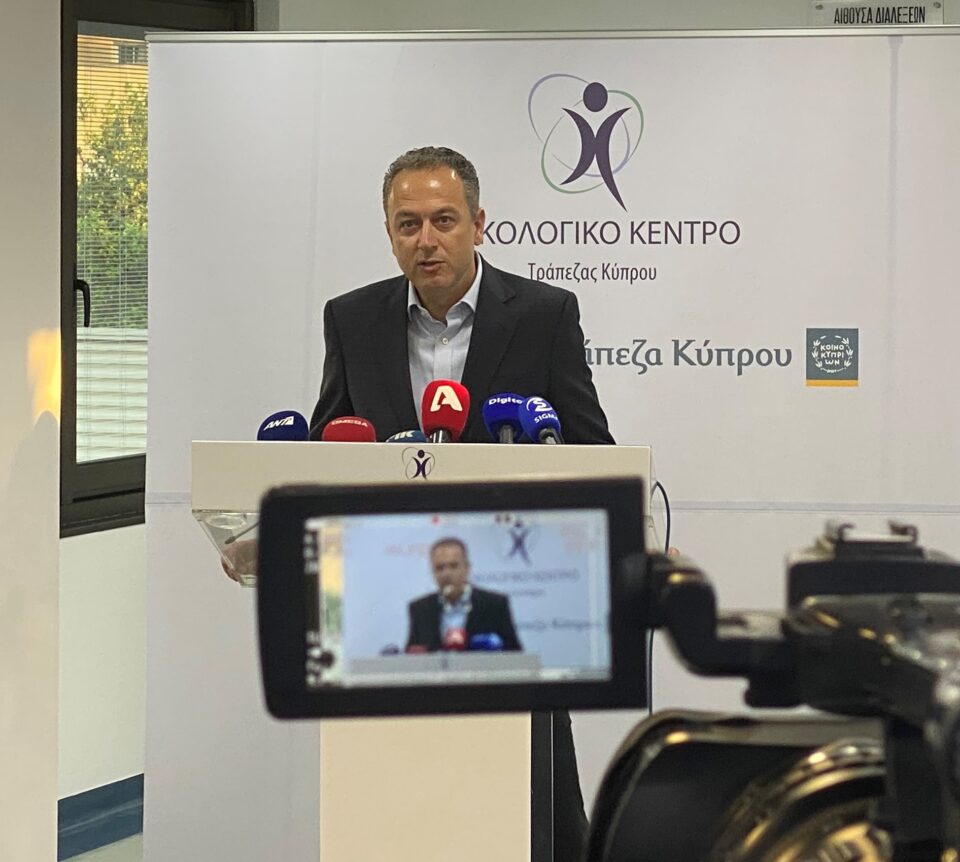 Panikos Nikolaou, Bank of Cyprus managing director: “We consider the Center as one of our most important investments with return of unlimited value.”

Managing director of the Bank of Cyprus Panikos Nikolaou on Tuesday presented a cheque for €1.4 million to the chairman of the Board of Trustees of the Oncology Centre Dr Lazaro Savvidis. The cheque to cover the needs of the centre seals the bank’s support of initiatives to improve living conditions and meet the basic needs of those facing serious health issues.

In the presence of Health Minister Michalis Hadjipandelas, Mr Nikolaou stated: “The Bank of Cyprus Oncology Centre is the bank’s biggest legacy for people in Cyprus and society in general and continues to represent the most important public-private partnership, for the benefit of cancer patients. We at Bank of Cyprus consider the centre to be one of our most important investments with unlimited value return, which is why since its establishment we have supported it with €70 million of accumulated investments, while today we are proceeding with additional support of € 1.4 million.”

He added that this support is provided so that the centre can continue its valuable and extremely difficult work for cancer treatments.

“Our contribution is rather small in this project called the Oncology Centre. We aspire to support this effort that aims to keep Cyprus as one of the countries with the highest survival rates of cancer patients among the OECD countries.”

Health Minister Hadjipandelas thanked the doctors and the staff of the centre and stressed how the government’s support for the difficult task is crucial for the centre’s operations. He added that the government would support the efforts to upgrade the centre and would always be an ally in the fight against cancer.

Board of Trustees’ chairman Dr Savvidis, thanked the Bank of Cyprus for its long-term cooperation which he said confirmed the interest of the country’s largest financial institution in public health by its support for a centre that focused on patients with cancer.

“The new support offered by the bank enables us to continue and upgrade our work in the interest of patients, but also to work collectively so that Cyprus can maintain or even reduce the mortality of cancer patients,” he said.