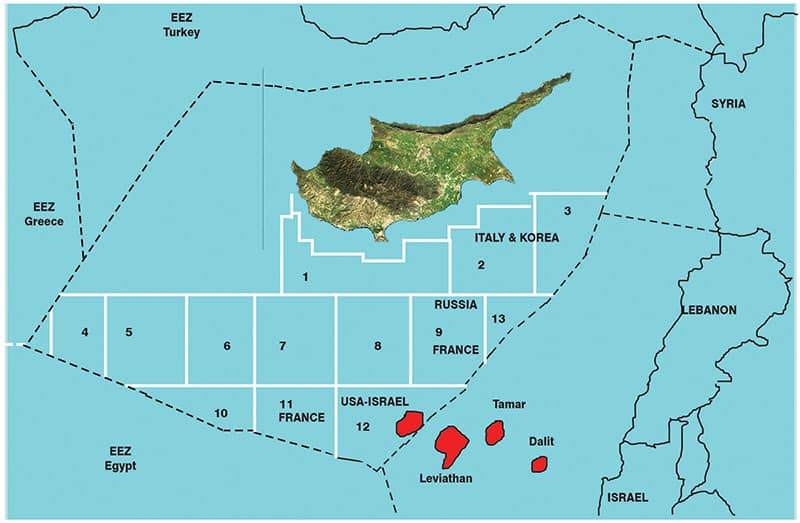 The next steps in the joint venture of ExxonMobil-Qatar Petroleum in Cyprus’ EEZ which restarts end of the year with drilling in block 10 will be examined during a meeting on Friday of the American company’s officials and the President of the Cyprus Republic accompanied by his Energy and Foreign Affairs Ministers.

A press release issued by the office of the Minister of Energy, Natasa Pilides said she will accompany President Nicos Anastasiades during his meeting on Friday in New York with ExxonMobil officials Michael Cousins, John Ardill and Rochdi Younsi.

Pilides will also participate in the High-Level Dialogue on Energy organised by the UN, on the sidelines of the UN General Assembly, where she will convey the positions of the Republic on the need for international and regional cooperation to manage climate change, including the initiative undertaken by Cyprus to develop a comprehensive action plan for the Eastern Mediterranean and the Middle East.

On Tuesday, the Minister will meet with Luca Bertelli, Deputy of Chief Operating Officer Natural Resources of Eni energy company for a discussion on the company’s activities in Cyprus’ EEZ.

She will also take part in a round table discussion on the sidelines of the OMC Med Energy Conference and Exhibition with European Energy commissioner, Kadri Simson, Egypt’s Minister of Petroleum and Mineral Resources, Tarek El Molla and Libya’s Minister of Oil and Gas, Mohamed Oun.

She will present Cyprus’ strategy to move to green energy and the initiatives required to achieve cooperation for a viable energy future in the Eastern Mediterranean.

On Wednesday, the Energy Minister will travel to Rome to review economic and trade relations between Italy and Cyprus with Economic Development Minister, Giancarlo Giorgetti.

She will lead a business mission from Cyprus which will take part in the 4th Business forum organised by the two countries.

At the forum, the Minister will present the policies undertaken by her ministry to facilitate and strengthen entrepreneurship in Cyprus, as well as for the transition of the country to a green and circular economy.