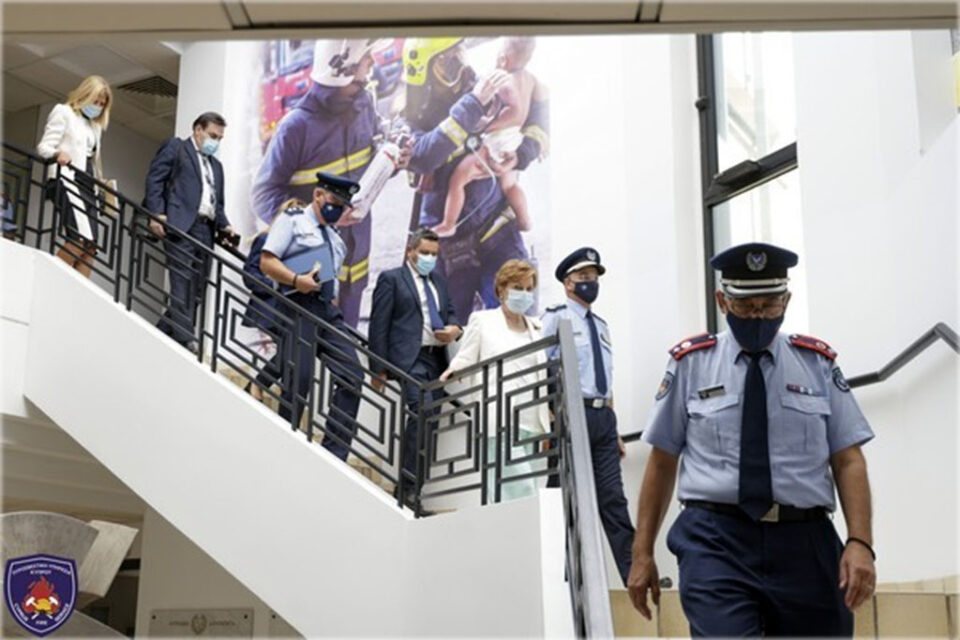 The fire service is expected to be fully independent early next month after parliament approves a bill on employment terms, Justice Minister Stefi Drakou said on Friday.

The minister was on a courtesy visit to the service’s HQ, where she met the deputy commander and other officers.

Drakou said autonomy created new prospects for the service, which could now be more functional, flexible and effective in its multifaceted role.

To date, the fire service was part of the police and abided by the same rules and regulations.

Ties will be completely severed early next month after parliament approves a bill that will ensure appointment, promotion and disciplinary procedures would continue and be completed in line with the legal system they started with.

The minister congratulated firefighters on their work, which included difficult and dangerous missions.

“This is frequently confirmed with the last time being the catastrophic fire in the higher areas of Limassol and Larnaca, as well as the Cypriot mission’s participation in Greece,” Drakou said.

The minister added that the government has made it its priority to reinforce the force in a bid to be more effective in preventing and tackling fires.