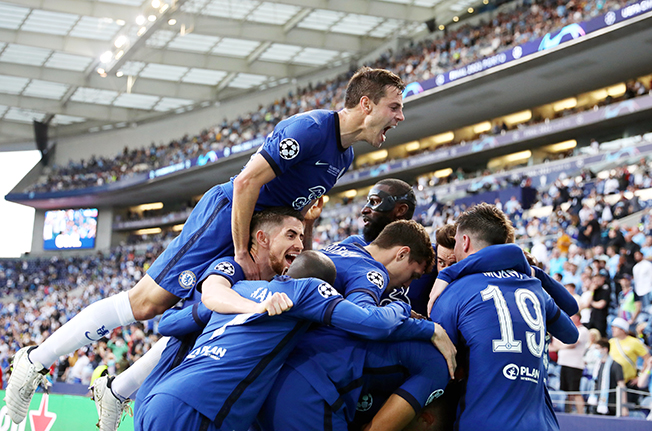 When Chelsea triumphed in Porto against Pep Guardiola’s team in May, the result was considered an upset with City heavily backed to win their first Champions League.

But four months later, Thomas Tuchel’s West London side find themselves many pundits’ favourites to win the domestic title after a hugely impressive start to the campaign.

Chelsea have won four of their opening five matches with a draw coming after a 10-man rearguard action against Liverpool at Anfield which earned as many plaudits as their victories.

They also have a 100% record against City since Tuchel took charge at Stamford Bridge in late January — winning in the FA Cup, the Premier League and the Champions League final.

City’s start has seen them lose at Tottenham Hotspur, with a draw at home to Southampton last week leaving them three points off the leading trio – Chelsea, Liverpool and Manchester United.

Romelu Lukaku’s arrival from Inter Milan for 97 million pounds ($132.67 million) has given Chelsea an extra dimension they lacked last term – a scoring threat ahead of their creative midfielders, unmatched defensive midfield and solid back-line.

City failed in their bid to sign an out-and-out striker in the form of Spurs’ Harry Kane and Guardiola’s team have yet to truly display the kind of fluent, attacking football for which they have been known under the Spaniard’s charge.

Kane himself has struggled for form at Tottenham but Sunday would be the perfect occasion to get back to his best with a trip to the Emirates for the North London derby with Arsenal.

In contrast, Arsenal lost their first three games but go into the derby after morale-boosting wins against Norwich City and Burnley.