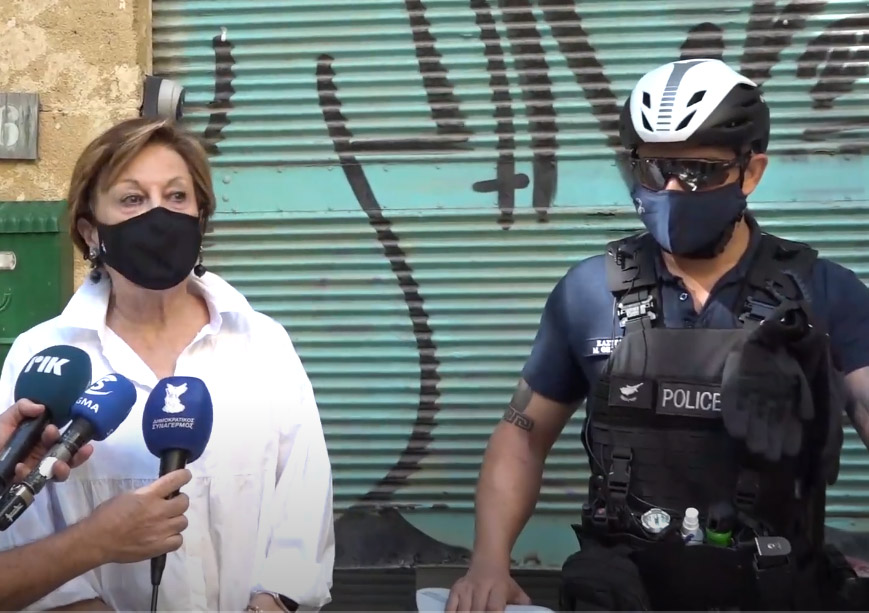 Justice Minister Stefi Drakou on Saturday gave assurances that the police presence in the old town of Nicosia would be stepped up to make residents feel secure.

Speaking from Phaneromeni square, she said she was satisfied with the upgrade that has been made so far, with special officers and the reopening of the police station at the end of Ledra Street.

“We have received excellent comments from residents that since the Ledra Street station was reopened, which employs 16 officers, safety within the walls of Nicosia has improved. The people are very pleased,” she said.

She admitted that the area was difficult to police but recent moves have improved the situation.

The government would do whatever is needed in the area, including boosting policing to ensure people felt safe.

Police officer Marios Theocharous said the officers have carried out many patrols in the old town, breaking up fights, intercepting drug deals and even saving a life.

“We hear very good comments from the shopkeepers, the residents and people who come to visit the historic centre of Nicosia,” he said.