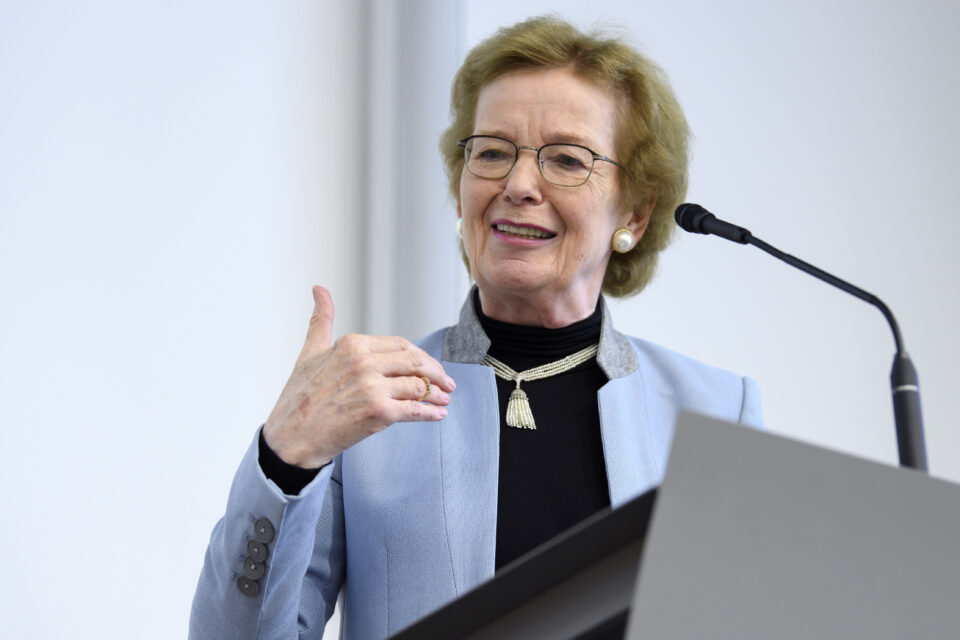 The announcement in an article in the Cyprus Mail last Sunday by the human rights lawyer Achilleas Demetriades that he may run for president of the Republic of Cyprus in 2023 to clean up the Augean stables must have come as a breath of fresh air to many.

In Greek mythology the Augean stables housed 3000 oxen that had not been cleaned for thirty years and needed clearing out. The mammoth task fell on Hercules who is said to have diverted two rivers to wash the stables clean.

The metaphor is as obvious as it well known. Unfortunately, there are no flowing rivers in Cyprus for the task in hand. Nevertheless, an outsider not affiliated to any political party with a human rights background and a fair wind may be in with a chance.

The task will require a root and branch realignment of government and governed. The last and only outsider to have embarked on such an enterprise was George Vassiliou, who was president of RoC between 1988 and 1993. Archbishop Makarios was a classic outsider but his circumstances as first president and head of the church were unique.

Vassiliou was probably Cyprus’ best president. He was part of a power couple with his wife Androulla, which made his statecraft more diverse, more imaginative and more effective than any other president. The Soviet Union had just collapsed, and Europe was evolving from an economic union into a political union under the 1991 treaty on the European Union – the Maastricht treaty. Vassiliou understood the way the wind was blowing in Europe and applied for full membership of the EU and set about the task of joining with enthusiasm.

He lost the election for a second term in 1993 to Glafcos Clerides, but was appointed chief negotiator in charge of the harmonisation process necessary to align Cyprus’ law to the EU legal order that resulted in enormous changes in the way RoC is governed since joining the EU in 2004.

Neither Vassiliou nor Clerides were in office to crown their achievement with a settlement of the Cyprus problem as they had hoped, but membership of the EU has been good for Cyprus and people still hope membership will pay the ultimate peace dividend.

The changes wrought by membership have not, however, been the panacea membership promised, basically because changes in mentality are usually slower than changes introduced by the adoption of the EU legal order – the acquis communautaire.

There is a strong equality and human rights mentality in the EU. With the adoption of the Charter of Human Rights for its own processes, human rights protection within EU institutions and its member states is comprehensive. It is not just judges whose decisions are informed by human rights considerations, but civil servants and legislators have become human rights friendly too – not in a shrill woke way but at a semi-conscious even subconscious level.

The best-known human rights lawyer to be elected president of an EU country was Mary Robinson who was president of the Republic of Ireland from 1990 to 1997. She dignified the office and enhanced the reputation of Ireland within the limited powers of the presidency in Ireland where political power lies with the Taoiseach – Irish Gaelic for prime minister.

The most human rights conscious government in UK was Tony Blair’s first administration in 1997 when new Labour won a landslide with a mandate to incorporate the European Convention on Human Rights (ECHR) into UK law, piloted through parliament by Lord Irvine of Lairg. He was Tony Blair’s former pupil master and became the last traditional Lord Chancellor. He fancied himself as a Cardinal Wolsey – English history’s answer to Archbishop Makarios – who like Wolsey was sidelined for insubordination. The first Blair government’s incorporation of the ECHR into UK law by the Human Rights Act 1998 is a legal legacy that will be remembered long after the mistakes that followed fade away.

New Labour’s first administration also had a human rights based ethical foreign policy with the late Robin Cook as foreign minister and Clare Short at overseas development, but it all went awry with wars here, there and everywhere, culminating in the Iraq war that was unethical and violated the human rights of thousands.

Previous to that the other memorable human rights based foreign policy was Jimmy Carter’s who was US president from 1977 to 1981. Jimmy Carter wanted to introduce human rights criteria into American foreign policy, particularly in Central and South America, after the cynical years of US Secretary of State, Dr Henry Kissinger. In the end Carter became consumed by the Iranian hostage crisis and lost the presidency to Ronald Reagan, but continued his campaign as a champion of human rights, most recently as a member of the Elders, an independent group of former global leaders working together in the cause of human rights.

A related policy much favoured by Nato and the west is humanitarian intervention in the affairs of rogue states. Humanitarian law is different to human rights law although they overlap; it is primarily concerned with the law of armed conflict to do with war crimes and crimes against humanity and the protection of civilians during war. However, humanitarian intervention clashes with the sovereignty of states in instances of internal conflict such as the one in Libya in 2011 when Nato intervened and helped in the overthrow of Colonel Gaddafi citing humanitarian reasons and caused a much bigger humanitarian catastrophe than the one it sought to prevent.

Humanitarian intervention is controversial but human rights protection is not. It sets the parameters of what governments can do by virtue of their democratic mandate. European states cannot legislate or act contrary to human rights law guaranteed by the ECHR. It is true that some rights are soft and some are absolute but they are all controlled by European human rights law that regulates the political landscape in accordance with the fundamental principle that the exercise of governmental power requires constitutional and legislative authorisation that is consistent with human rights.

The advantage of having a human rights lawyer as president is that he or she is better than having a lawyer without a human rights background, who owing to a shared experience across Europe of balancing competing interests fairly in a field of law with a high moral and ethical content, should be able to clean the stables of the outgoing administration and govern well.