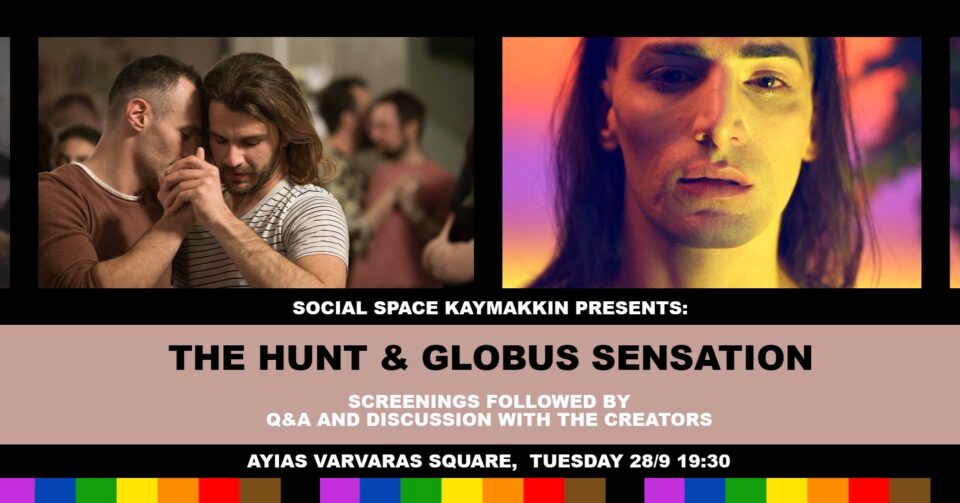 Social Space Kaymakkin, a community space in the heart of old Kaimakli, is organising an evening of film screenings and discussions on Tuesday. Two Cypriot short films are on the agenda, both released in 2020 and well-received by the cinema world.

The screenings will take place at Ayias Varvaras’ Church Square in Kaimakli, starting at 7.30pm with the short film The Hunt by Kamil Saldun and Sholeh Zahraei. The film won second prize for the Best Cypriot Short Film at last year’s International Short Film Festival and the Audience Award at the Paphos International Film Festival 2021. It is a psychological drama about homophobia and patriarchy told from an intersectional and queer perspective, inspired by true events and the biblical story of The Binding of Isaac.

The film centres around a father and a son who go on a fateful hunting trip after the father – a traditional man – discovers his son’s secret. Presented in Cypriot Turkish with Greek and English subtitles, a Q&A with the creators will follow.

At 8.45pm Dimitris Chimonas’ short film Globus Sensation will be shown. This film is about the sensation of having a lump in the throat without anything actually being present. It’s about this real biological activity that an actor could not fake when crying. But as the commitment to fantasy intensifies, reality is overshadowed by the pleasures of indulgence. Garose stares into the camera as she inserts glycerine into her eyes, she induces tears, quenching narratives of grief. Another Q&A with the film’s creator and more time for discussion will follow as the evening opens up the platform for conversation and thought while supporting locally produced films.

The Hunt and Globus Sensation