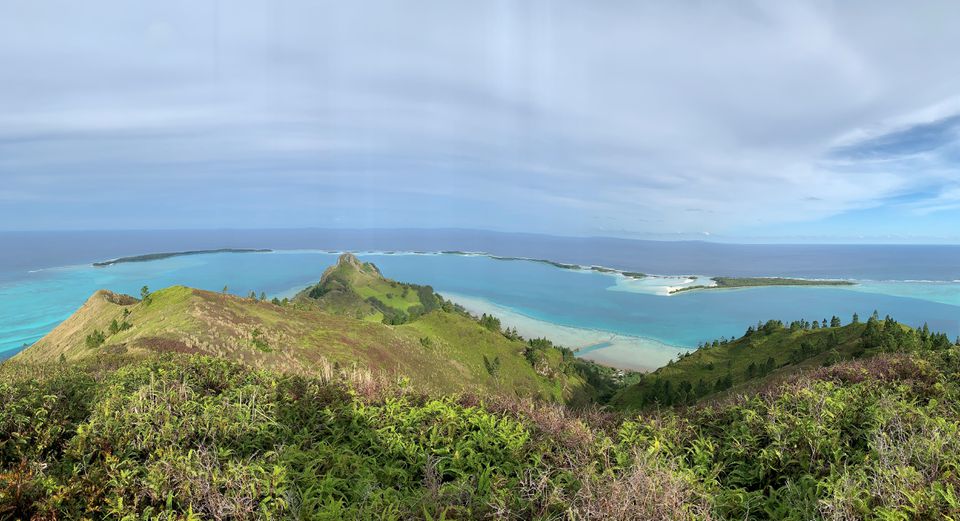 Beginning more than a millennium ago, intrepid seafarers traversed vast Pacific Ocean expanses in double-hulled sailing canoes to reach the far-flung islands of Polynesia, the planet’s last habitable region to be settled by people.

A genetic study published on Wednesday has deciphered the timing and sequence of this settlement of an area spanning about a third of Earth’s surface, with Samoa as the starting point while Rapa Nui, also called Easter Island, and other locales known for megalithic statues were among the last to be reached.

“Many of the distances were immense,” said Stanford University computational geneticist Alexander Ioannidis, lead author of the research appearing in the journal Nature.

For example, the study found that Rapa Nui was settled in about 1210 AD after an open-sea voyage covering roughly 1,600 miles (2,575 km). Historians believe that family groups of perhaps 30 to 200 people sailed at a time aboard double-hulled canoes that operated similarly to modern catamarans and used a lateen, or triangular, sail.

“Each living individual retains a genetic record of all the ancestors from whom they inherited their DNA, so by analyzing together hundreds of individuals we can create a genomic network where connections, splitting patterns and dates can be inferred,” said geneticist and study co-author Andres Moreno-Estrada of Mexico’s CINVESTAV network of research centers.

The first voyages were found to have been from Samoa to Fiji and Tonga and then to Rarotonga in the Cook Islands in the 9th century AD. In the 11th century, the islands of Totaiete ma (Society Islands) were next, followed in the 12th century by Tuha’a Pae (Austral Islands) and the Tuamotu Archipelago.

“It is one of the most impressive and fascinating chapters of human expansion and long-distance exploration,” Moreno-Estrada said.

There has been an ongoing debate based on archeological remains as to when the Polynesian islands were settled.

“Unraveling these histories is not only a fascinating challenge, but also an incredible demonstration that modern populations are still connected physically to their ancestors’ stories,” Ioannidis said.

Navigation may have involved following the paths of long-distance seabirds as well as guidance from the stars, winds, weather, ocean currents and water patterns caused by islands and atolls. The voyagers brought with them crops like the root vegetable taro and food sources such as chickens.

“These were initially voyages into the unknown, and it is believed that Polynesians would sail upwind so that if they were unable to find a new island they could return,” Ioannidis added.

The people of the megalith islands were found to be genetically connected, settled from a common Tuamotu origin.

“The discovery of a common genetic source for people on the eastern islands where megalithic sites have been found is not an intuitive connection given how distant and widely dispersed these group of islands are,” Moreno-Estrada said.

The researchers dated those lengthy voyages close to the time when, as detailed in their genetic study published last year, there was contact by Polynesians with native people in South America.

“This suggests that when the maritime culture of the widely spread Tuamotu Archipelago was embarking on its longest voyages of discovery, which gave rise to widely dispersed monumental sculpture-building populations, it also made contact with the Americas,” Ioannidis said.

While Samoa was the springboard for remote Polynesia’s settlement, the researchers called it merely an intermediate stop in a larger Pacific regional human expansion beginning in Taiwan around 4,000 to 5,000 years ago. It is believed Samoa was settled by around 800 BC.