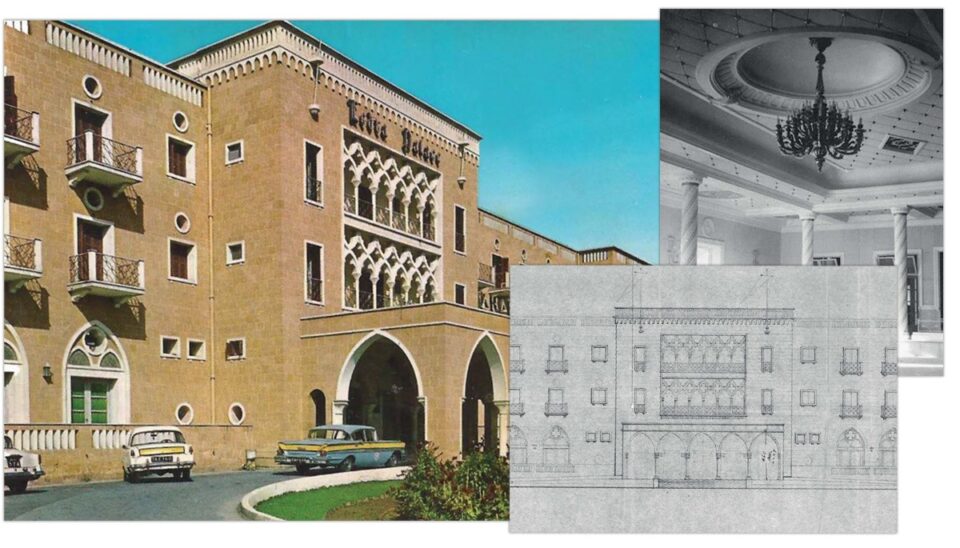 “The Ledra Palace Hotel,” say the organisers of an upcoming lecture, “served as architectural proof of the modern aspirations of the late colonial era. Its construction detailing proved technical capabilities; its modern conveniences, such as hot water and heating, showcased technological advancements yet unknown to the majority of the population; and its overall luxury appealed to European cosmopolitanism. Along with its architectural grandeur, the hotel embodied a complex history, being a crucial hub of 1950s urban life entwined with a long decolonisation process, tourism development and socio-political contestations.”

Its history and symbolism are rich, complex and largely still being written as Ledra Palace has been a vital hub for the capital city and still has an important significance. It is all of the above and much more that comprise the history of the architecture of the emblematic Ledra Palace Hotel, which is unveiled through this upcoming lecture in Greek on October 5 by Dr Savia Palate and Dr Panayiota Pyla.

The lecture, taking place at the Leventis Municipal Museum of Nicosia, will draw on findings from a research programme coordinated by the Mesarch Lab of the University of Cyprus, and a recent study.

The lecture is part of the exhibition Ledra Palace: Dancing on the Line that is on at the museum until the end of October. A few digital guided tours by the curators of the exhibition will also take place, throwing the spotlight on unique objects from the showcase. Follow it on the museum Facebook page (@leventismuseum).

More than a Hotel: The Ledra Palace Through Stories of Tourism and Modernism